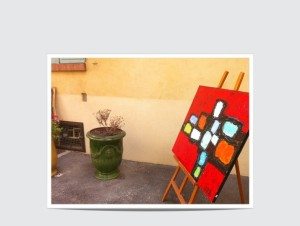 If Mitt Romney is elected president and follows through on his threat to axe funding for the National Endowment for the Arts (NEA), artists and art institutions will definitely suffer, but they will survive. Most organizations already depend on a variety of income sources to make their budgets, with the NEA providing an average of three percent of the funding for non-profit arts organizations, according to a 2011 study conducted by Americans for the Arts. State and local governments collectively contribute six percent of funding. The remaining 91 percent comes from a mix of foundations (four percent), corporate sponsorship (three percent), and individual donations (24 percent) while the largest source of revenue (60 percent) is via  earned income from things like ticket sales and merchandise. Eliminating the NEA would not bode well for the American cultural development or international reputation, but artists and organizations are adapting to the new creative economy with a variety of strategies. Three in particular are worth mentioning: crowdfunding, fiscal sponsorships, and self-sustaining business models.