In a recent article in the Economist, the sensible Schumpeter columnist spoke about the need to fix the American capitalist machine.  They noted that during the 1950s GDP grew by 3% a year.  After a painful period of stagflation, the Reagan Revolution re-ignited entrepreneurism and the growth rate was elevated once again.   This machine of growth was good for the United States but it was also great for the world.  Rising wages and the birth of “Emerging Markets” demonstrated to the entire world that economic liberalism was the  path to prosperity. Pacer Economy: The unconventional styling, inadequate cargo space and relatively low performance from the six-cylinder engines were cited as factors in the Pacer’s lack of success. (Wikipedia)

The Economist article continues to state the “machines’ most powerful pistons – capital markets, innovation and the knowledge economy” are broken.  Or least they are not functioning quite like they can or should.  Capital markets specifically are under duress.  The knowledge economy needs some work too but efficient allocation of capital is an area where Crowdfunding can potentially alleviate some of our economic challenges today.  Recently there have been several articles highlighting the decline in Venture Capital funding for start ups.  Victoria Silchenko published an excellent piece where she focused on recent data from the Global Entrepreneurship Monitor regarding investing in start ups.  To quote, “of $51 Billion invested in start ups by individuals in 201o, only $9.4 Billion was committed by Angel Investors .. while the bulk of capital, $41.6 Billion, came from friends and family …VCs invested approximately $22 Billion..”.

So obviously there is a clear demand by start ups for funding.  A dearth of Venture Capital has been supplanted by the old “friends and family” approach to get businesses up and running.  Crowdfunding, and the platforms that facilitate this process, can effectively engender a more efficient mechanism for capital allocation. 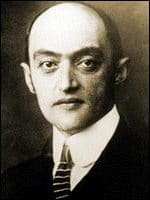 It was the aformentioned Economist Joseph Schumpeter who coined the phrase “creative destruction”.  This term has morphed into Disruptive Innovation now championed but Harvard Professor and Author Clayton Christensen.  We believe that Crowdfunding is another step in the ever changing dynamic of capital allocation.  Crowdfunding will be disruptive to the established funding paths.  The only question is to what degree.

The United States must deliver a path of fewer regulations.  Those tasked with the implementation of the Jobs Act and Crowdfunding portion must be balanced in their mission. Otherwise we risk the path of “American Capitalism becoming like its European cousin:  established firms with the scale and scope to deal with a growing thicket of regulators are doing well, but new companies are withering on the vine or selling themselves to incumbents”.  Crowdfunding requires thoughtful oversight and consistent transparency among the platforms which will be providing these services.   The investors must be made aware of the risk they are willing to share in investing in small businesses.  But otherwise let the Crowd disrupt established funding paths for the benefit of us all.