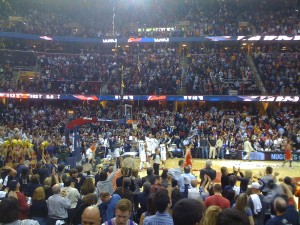 FORTUNE — Crowdfunding, a relative newcomer to the investment industry, is stuck in legislative limbo. President Obama signed the JOBS Act in April, but the business world is waiting for the Securities and Exchange Commission to issue rules for the law. The JOBS Act will make it easier for startups and entrepreneurs to access capital, with crowdfunding serving as the investment platform. But the details surrounding just how this new investment arm will operate have been left up to the SEC. The rules, whenever they are unveiled, will have a dramatic impact on the way that startups are funded.

The idea behind crowdfunding is that entrepreneurs or inventors can raise money for an idea by pooling together funds donated by the general public. Fundraisers create an online campaign highlighting their idea and use a crowdfunding platform like Kickstarter or Indiegogo to promote it. Interested donors can then contribute money to a campaign, often times in exchange for perks or small gifts. The industry raised $2.8 billion in 2012, according to a report by research firm Massolution. Many of the campaigns feature charitable causes or niche consumer products, but more mainstream businesses like grocery stores and clothing retailers have grown from this source of public funding, too.