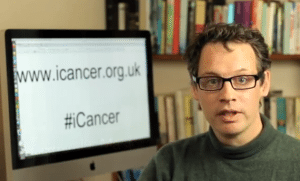 As reported in the Guardian, Alexander Masters is aiding in a Crowdfunding Campaign against cancer.

Several years ago Masters co-worker, Dido Davies was diagnosed with the “Steve Jobs Disease” or Pancreatic Neuroendocrine Cancer.  Incited to help in any way possible he searched for a possible treatment for his colleague.  Hitting the internet he stumbled across two researchers at the University of Uppsala in Sweden,  experiencing successful results with a potential treatment.  Unfortunately funding for the promising treatment was not readily available;

The problem is that the Uppsala virus doesn’t have a patent. No biotech company can make a profit from it. And because of the financial crunch, there is no Swedish charity or government grants to fund human trials.

Enter crowdfunding site Indiegogo and the authors iCancer site.  The campaign has 11 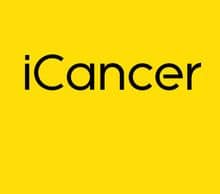 An admirable cause all around.

The engineered virus in trials has attacked only the cancer cells, ignoring the healthy ones.  Symptoms experienced so far have been reported as “mild flu like symptoms”.

So $1 Million seems a paltry sum if the treatment is a success.  The researchers would like, “Two million for a really good version”.  They just need the backers.