Matt McDonald, Chief Creative Officer of Heavy Water (also dba as Vision Scape Interactive), has been in the gaming industry for a long time.  He achieved international recognition in the 90’s with such titles as Assasin 2010 (for which he won a Cody’s award) and he also has worked with Spielberg’s DreamWorks studios.  Matt has seen a lot of changes in the gaming industry as interest has shifted from the arcade to the console, to the home computer, and now to the whole iOS and Android realm.

Gaming is very new and hot in the crowdfunding world and hard to miss.   Always embracing change and never shirking from challenge, Matt is again trying something new with a crowdfunding campaign to fund a launch of his newest project:  Axis Game Factory.

Crowdfunding on Kickstarter, the Heavy Water team has set a $400,000 goal.  They have captured over 80 backers 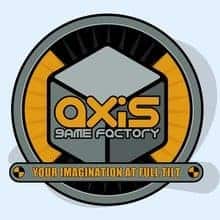 to date, but they do have a long way to go in achieving their goal.  The campaign is scheduled to end in early February.

So what is the Axis Game Factory?  The Game Factory is being touted as a powerful, elegant and simple tool for Gamers to create their own worlds and projects. Minecraft is currently a household favorite along with Roblox.  If the platform lives up to expectations, The Axis Game Factory is going to be way more powerful and cooler than either of those two games.  If that is the case I sense a big hit in the making. 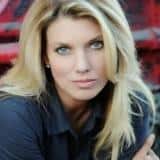 I reached out to Tammy McDonald, CEO of Heavy Water to add further insight into the project.

Matt has always seen game creation as being made too difficult with lackluster development kits and scene editors. He came up with the idea to create the most simple, yet powerful, game making tool that the general public could pick up and create to their hearts content – just like he loves to do himself.  He is also passionate about people collaborating their work and working as a community to build games and design.

“If You Can Dream It You Can Build It”

Just some of the BIG differences that will set Axis Game Factory apart will include high-quality assets and environments, full character features and animation controls, the ability users will have to design a multitude of games for all genres, and the storytelling/Machinima mode for creating real-time in-game cinematics. No more boxy pixelated blocks experienced in the international hit Minecraft which would be a natural evolution in world creation games.

Matt,  Tammy and the entire team at Heavy Water are exceptionally excited and passionate about the Axis GameFactor campaign. They see this as  a game-changer for creatives and players to come together and make absolutely incredible content.  Players will also be able to create their own Machinima type movies/stories with a deep camera studio system that is monumental.

Heavy Water wants to add Game Factory to the growing list of successful titles which include:  Twisted Metal 3 & 4, Game Day, Jurassic Park, NFL Streets, Sonic Heroes, NeoPets, BioShock 2, Tron, Star Wars and many more.  First out of the gate will be an application which runs on the Mac/Windows/Linux platforms followed by releases for IOS, android and other platforms.  With the application already in development, once fully funded the Axis Game Factory is expected to launch in October of this year.