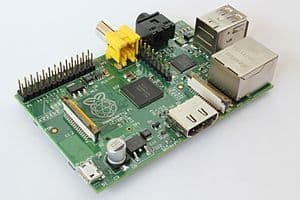 Last March, I received my Raspberry Pi in the post after waiting months and spending all day trying to pre-order one when the site went down due to the huge popularity of the little device.

And when I finally got hold of this swanky new piece of tech I thought to myself, as many of us do – “What do I do with it now?”

I was at a complete loss. I already had a computer, I already had a few other tinker devices (like the Arduino) to play with, so what makes this special? I set it aside for a few weeks and started an internship at Sponsorcraft, a Bristol-based crowd funding platform specialising in student projects.

It was there that I met Jon and Russ, two talented programmers who quickly became mentors (of a sort) to me. They helped to fuel my desire to program and eventually conversation led to the Raspberry Pi. “Oh, I’ve got one of those” I said.

Read more at the Sponsorcraft Blog