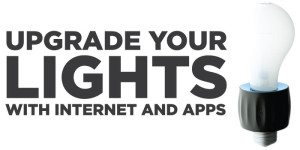 On November 13, 2012, my company launched on Kickstarter. Thirty days later, on December 13, 2013, our Kickstarter campaign closed, with $125,588 raised from 1,601 backers. Because we had a funding threshold of $250,000, that means that the campaign was unsuccessful; credit cards will not be charged, and in a way, it’s as if the campaign never happened.

However, in our first three hours of re-launching with our own pre-order site, we had $20,000 in pre-orders. In our first two days, we sold half as many units as we sold in our entire 30-day campaign on Kickstarter. And our startup is most definitely not the same company it was before the campaign. We’ve been featured on tech and gadget websites, we’ve been accepted into a hardware-focused incubator called HAXLR8R and we”re speaking with a number of interested investors and business partners. It”s pretty great.