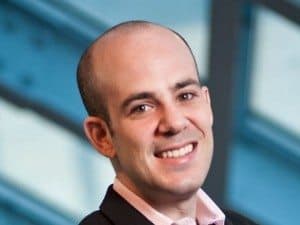 As a result of recent successful multimillion-dollar online fundraising campaigns for products such as the Ouya, Pebble E-Paper Watch and Amanda Palmer’s Theater is Evil album/tour, which have captivated audiences worldwide, crowdfunding is quickly becoming a business staple. Hailed by many entrepreneurs as a better alternative to venture capital or angel investment, interest has also been piqued by the recent passage of the JOBS Act, which legalizes the crowdfunding of limited equity transactions.

In essence, crowdfunding is a disruptive process that empowers creators and inventors to showcase projects publicly in the form of text descriptions and video pitches, and to solicit everyday Internet users in hopes of raising donations. Hosted on online websites and services such as Kickstarter and IndieGogo, which function as showrooms, the public can then vote with their wallets by submitting cash donations to projects they’d like to see succeed.

The model isn’t just meaningful because it bypasses standardized investment routes such as VC firms or angel investors, from whom entrepreneurs and startups typically seek the money needed to recognize their vision. Similar to other disruptive high-tech financial models, such as those innovated by eBay and Amazon, crowdfunding represents a paradigm shift that challenges the status quo, encourages change, and facilitates the growth of new ideas. Moreover, it also takes the power to bring great ideas to life out of the hands of the powerful, wealthy and influential few, and lets the general public decide which projects deserve to come to fruition – not distant tastemakers. Looked at another way, it allows projects of all kinds a chance to succeed, even when the pure profit motive is not the driving force. This is both exciting and empowering, as it means that deserving concepts, businesses and products that might otherwise have gone ignored or stagnated in a wealthy investors’ inbox can suddenly fulfill their potential.