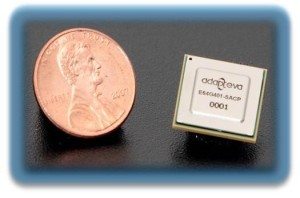 As the semiconductor industry has consolidated in the past 10 years, entrepreneurs have been forced to think differently about how to fund a great new idea. Venture capitalists, as we know, have cooled on the industry’s ROI, to say the least!

But, not surprisingly, at that end of the design and supply chain, novel approaches have filled the VC gap because great ideas abhor a vacuum. Friends and family have become significant investors in startups. Often, entrepreneurs simply fund the endeavor out of their own pocket, working on their ideas at night or moonlighting to make ends meet.

But technology today offers a new avenue, crowdfunding, courtesy of web-based companies such as Kickstarter and Indiegogo.

They came, they saw, they invested
The idea is simple: Put your idea online and entice the crowd to fund it, often in exchange for early access to the product.

Our industry’s most famous example so far is Andreas Olofsson and his team at Adapteva, which designs powerful multicore DSP engines from a small office on the old Battle Road in Lexington, Mass.

Adapteva had already churned out successful designs when it wanted to go a step further, but being a startup, needed additional funding. Into the Kickstarter crucible Olofsson dived, and shortly, he’d pulled in more than his $750,000 goal…