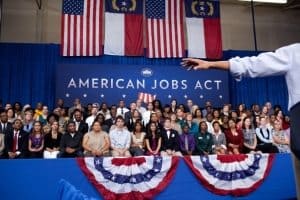 There’s so much hype surrounding crowdfunding and for good reason. Stories like the one of Ouya, a game console developer that raised $950,000 in just 8 hours on Kickstarter capture our imaginations. In 2012 alone, over 2 million people pledged approximately $319 million on Kickstarter while global crowdfunding is predicted to grow to $6 billion in 2013.

So far so good. But existing crowdfunding models are based on donation and reward based models where backers donate money to projects with no prospect of enjoying the upside of a successfully funded crowdfunding project. That’s where equity-based crowdfunding comes in. Rather than donate money in a crowdfunded business, backers, or more precisely, investors, invest money in the business and in return receive shares or other similar equity interests in the business with the prospect of sharing in the upside. It sounds simple but raising money from investors in this way requires compliance with the securities laws which until the enactment of the JOBS Act last April were ill-equipped to accommodate this kind of money-raising.