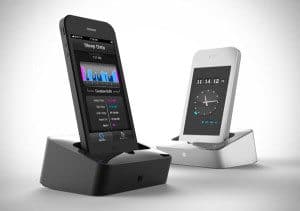 Lumawake, a widely covered crowdfunding project announced in a backers update that their project was in peril due to lack of funds.   The universal Apple iPhone dock was widely hailed as a unique product with revolutionary design and incredible features.

Originally the Lumawake team was turned away by crowdfunding trail blazer Kickstarter.  Undeterred Lumawake decided to self crowdfund by using the Selfstarter, open source, crowdfunding platform.  Lumawake set a crowdfunding goal of $150,000 and successfully raised this amount last December.

“Until we find a $260k investment, Lumawake may never make it to manufacturing.”

Lumawake made a decision to not charge backers until the project was ready to ship a decision that may doom the project altogether but effectively mitigates much of the risk for supporters of the product.

We selected this crowdfunding platform (Selfstarter) because we were confident that raising over $150,000 in pre-orders would open us up to a world of investment opportunities which meant we didn’t need your money upfront to make it happen.  Ultimately this takes the risk off you (the backer) and puts all of the ownership on us (the supplier); the way it should be. The targeted ship date had originally been scheduled for early 2013.  The missive indicated the ship date is currently on hold until further notice.  Supporters of the project have been given the option to cancel their orders by contacting Lumawake directly.

Lumawake had recently identified two manufacturing partners with which to produce the iPhone dock.

In the communication from Lumawake they stated  their management team will continue to pursue further funding.   They are currently working to target potential backers and requested patience from backers willing to endure the delay.