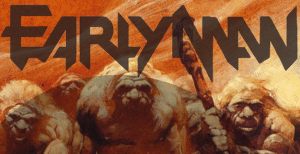 From Metal Underground, Early Man crowdfunding their next album…

Early Man, the traditional heavy metal band founded in 2003, is asking for pledges to help fund a new album through IndieGogo. The band is currently without a record label and is hoping with fan support for the release of the album. On the subject, Mike Conte, vocalist/guitarist of Early Man says:

“After many years spent recording full-length records on larger labels we’ve decided to take a DIY approach with this record. We have all of the tools at our disposal necessary to make an amazing record, including songs that are already written. We want to make that record free of any outside involvement from labels, managers, producers, etc.”

And from MusicWeek, a festival looks to crowdfund itself…

In a campaign that was launched today, the festival aims to raise a minimum of £30,000 to put towards the overall budget.

The event has already raised over £10,000 and has booked over 30 bands that fans voted for via polls on the festival’s website and Facebook profile.

The next phase of funding will allow fans to contribute financially towards the budget for booking the main stage headline act, increase the attractions at the festival and increase the facilities on-site.