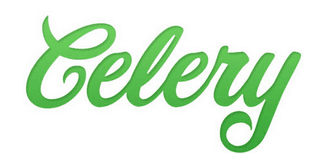 Last month we covered the launch of an e-commerce platform called Celery. Celery is the product of a company called Airbrite, forged in the famed Y Combinator incubator and aimed squarely at making e-commerce and the process of collecting preorders easier. This makes Celery a natural fit for products that find success on crowdfunding platforms like Kickstarter, and Celery isn’t shy about trying to lure them in. I recently had a chance to interview Chris Tsai and Brian Nguyen, two of the company’s co-founders. I asked them about their product, who was using it and their plans for the future.

Tell me about the experience of starting a Y Combinator-backed company. What was that like?

Brian Nguyen: Y Combinator’s mantra is “Make something people want.” We spent the entire summer following this mantra by talking to users and building our product. These two principles helped us focus on product development and uncover problems that we could attempt to solve. At the end of the Summer 2012, we presented our company at Demo Day, where over 400 investors showed up to learn about and potentially invest in the latest batch of YC companies.

Going through YC itself was an incredibly empowering experience and something that I’ll never forget. The three co-founders lived in a small bedroom apartment in Mountain View, CA, where we worked around the clock. We continually reminded ourselves that there were only X hours left until Demo Day and anytime spent not talking to users or building product was a moment wasted. It’s one of the few times in my life where I’ve never felt so focused before and that any obstacle could be overcome with pure determination and willpower.

What was the goal of Airbrite and what pains are you trying to solve with that company and the products behind it?

Chris Tsai: For Airbrite, we saw an enormous trend of people wanting to build apps for mobile and social commerce. We spoke to folks across the board who complained that existing e-commerce platforms wouldn’t support the use cases they wanted. They said existing platforms were inflexible, they broke the mobile experience because they were designed for the web, they lacked social selling tools, they couldn’t be configured for unique checkout experiences, etc. So we started off with the hypothesis that we could build a platform to let you add commerce to any app: web, mobile, tablet, social, or any touchpoint — and that became the genesis for the platform idea.

How does your product differ from Stripe or some other payment processor? What differentiates Celery?

Chris: We’re not a payment processor or a payment gateway. You can think of us as the layer of abstraction right above the payment layer.  If you think of all the things that you would do with a payment API you can do those things via our API, but importantly you can do things like enable a custom checkout or build flows that embed a commerce page into your app, with commerce being more than simply the payment collection. You can collect emails, you can collect shipping, billing, and important user information, etc. So it’s not just accepting credit cards, it’s also everything else you’d need to accept an order for goods or services you want to sell.

What has the response been like?  Who are your current clients, and do you have any that you hang your hat on?

Chris: It’s been great to see a lot of people excited about what we’re doing. One of our more notable customers is Boosted Boards. They were early believers and early customers because they needed this mechanism to accept orders now even though they don’t ship until later this year. So they’ve already sold a bunch of boards using our Celery product (an embeddable pre-order checkout page) and they’re excited to do more.

You pitch yourself as a particularly applicable service for somebody who may have gone through a Kickstarter raise already. Tell me a bit about how the decision came about to target Kickstarter alumni and what the relationship has been like between yourselves and crowdfunders.

Brian: What we discovered during our customer development interviews was that many successful Kickstarter alumni aren’t close to shipping at all once their campaigns end. So even though they have the funding now, it might take them anywhere from a month up to a year to actually get their product out the door. In the meantime, there’s still a lot of residual demand for their product and they want to find a way to continue accepting orders.

Right now, a common solution is “Hey, we’ll just collect email addresses and we’ll get back to you with payment collection later.” We thought that was a really ineffective workaround and that’s why we wanted to push the concept of preordering. Plus, for many Kickstarter alumni, they need to be able to accurately estimate how much raw inventory/supplies they need to purchase and this is another case of how preordering can help. That’s something that Kickstarter alumni have really liked.

You can read more about Celery at trycelery.com

What would you say to the crowdfunding community regarding why they should come to you after their successful raise?

Chris: I think there are three important points that are true because of the advent of crowdfunding and makers selling to their own audience. Number one is the ability to sell anything, anywhere. This is our “add commerce to any app” concept. We think it’s important to enable people to buy on your website, your Facebook feed, your Twitter feed, Pinterest, or wherever you might have potential customers.

Number two, it’s really important to measure and test interest for your product before you make and ship it. So I think preordering is a really interesting mechanism to help you gauge that interest before you commit a dollar to the shipping and production process. It’s the “I’ll make this only if X preorders are committed” idea.

Number three is the ongoing collection of preorders after a successful crowdfunding campaign.  Many people seriously invest in PR and marketing during their campaigns, so it’s important for them to capture pre-order commitments from people that see their buzz and press after their crowdfunding campaign but before the production batch of the product is available.

Brian: Also, for many people, preorders serve as a way to guarantee a minimum level of demand, so if it’s a physical product they need to be able to manufacture these things, they need the raw parts/supplies for it. By having a real financial commitment, they realize that those orders aren’t going to go away and they should fulfill them as expected rather than worrying about “uncommitted orders” or having a lot of excess inventory on hand.

You’ve seen enough of crowdfunding to know what it is all about. Do you have capital needs of your own and can you forsee yourselves trying a crowdfunding raise either for Airbrite or Celery?

Chris: We don’t have any capital needs at the moment, but doing our own crowdfunding raise is an interesting question. Running a crowdfunding campaign down the line is an idea that we haven’t ruled out. We know for a fact that there is a big need for what we’ve built, and in many ways, we built our platform to solve the crowdfunding and e-commerce needs of makers and builders. So stay tuned on that. We definitely see that the future of e-commerce lies in giving makers ways to harness the power of the crowd and we believe we’re building the tools and platform to enable them.