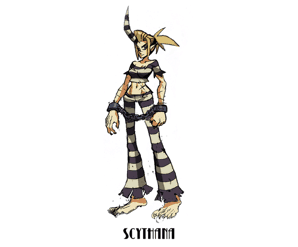 hting game, Skullgirls continues to reach new highs surpassing $450,000 crowdfunded on Indiegogo.  The Crowdfunding initiative originally targeted $150,000 but this mark was passed in the first 24 hours live on Indiegogo.  With 9 days remaining in their campaign creators Lab Zero Games are adding new reward tiers to keep the momentum going.

Lab Zero Games turned to Indiegogo as a way to fund the creation of new characters.   The first  — Squigly — was supported by their committed fans by reward levels such as pre-orders to god-like status. initial response to crowdfunding Skullgirls was so overwhelming that Lab Zero has continued to add new characters to the growing roster.

The top level reward package is for $7,500 which includes an opportunity to hang out with the team that created Skullgirls.  One of the two available has been purchased.