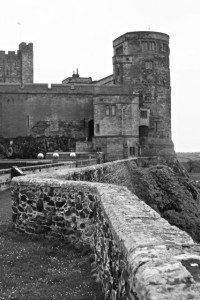 Archaeologists in Bamburgh have started their first crowdfunding campaign to try and raise £10,000 towards the costs of their work.

Members of the Bamburgh Research Project have carried out digs at the village’s imposing castle and the surrounding area every summer since 1996.

However, as a not-for-profit heritage group, they are now looking for help to replace old equipment and continue to train and support the next generation of archaeologists.

In return, they are promising unique rewards and benefits such as exclusive tours of the site and advertising on their official website.

The project’s Gerry Twomey said: “Bamburgh Castle is a pretty fascinating place to dig. It’s a unique site and we’ve had some amazing finds such as a horde of Anglo-Saxon coins.

“However, we are currently not funded except through student fees and that makes it difficult to pay for getting artefacts conserved and generally doing our work. It all costs money so we’re hoping this fund-raising campaign will do the trick.