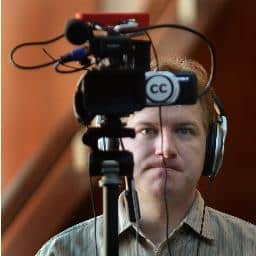 We’ve written about projects like Matter, which used Kickstarter to fund the creation of a new magazine for science writing, and high-profile bloggers like Andrew Sullivan who go directly to readers for financial support — but could a relative unknown in a small town use crowdfunding to build a business covering city hall and other local news?

Joey Coleman says yes. He has done not one but two successful Indiegogo campaigns to raise money to cover his home town of Hamilton in Canada, where he writes about everything from the local elections to fires and other breaking news.

In a multi-part podcast series leading up to our paidContent Live conference on April 17 in New York, we’ve been talking to people who are doing innovative things in media, and Joey Coleman is definitely one of those. He doesn’t have a background as a journalist — he is just a tech-savvy resident of a town where he believes that not enough is being done to cover local stories. After starting a blog and having a number of readers offer to pay him for his reporting, he decided to do some crowdfunding.