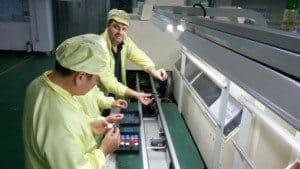 When you think of Indiegogo, you think funding. However, did you know that crowdfunding has numerous additional benefits outside of the money you raise? This is especially true for campaigns where you are allowing people to reserve a physical product, gadget or hardware.

Hardware is a risky business. The decisions you make during production — from color and style to the number of units produced — will result in a physical reality that you can’t change on a whim. Your Indiegogo campaign can divest that risk by exposing your project to the crowd before production, allowing you to gauge true market size and consumer preferences.

The StickNFind team found their audience through their Indiegogo campaign, demonstrating, with concrete evidence, that at least 12,000 people want their product. Through the campaign, they also know which color options were most popular among their contributors and can make educated assumptions about the ratios of products that they will need to manufacture.

Read more at the Indiegogo Blog