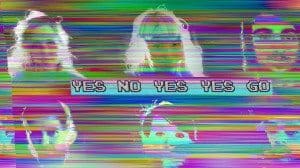 Andrew Morgan is an experimental filmmaker, with his feature debut Yes No Yes Yes Go a sort of documentary-fiction hybrid, so it’s fitting that he’s also decided to release the film in an experimental way. It’s a variation of what we’ve seen before, releasing a film online for a pay-per-view fee, but instead of using an iTunes-style platform, Morgan has opted to cut out almost all middlemen and distribute the feature direct to his audience via Indiegogo.

So instead of going to his Indiegogo page to pay money to support a film that might not come out for a year or two, interested viewers can either buy a basic HD download they can watch immediately or choose from a bunch of packages all the way up to DVD/Blu-ray, with the premium option aimed at fellow filmmakers – a Skype consultation with Morgan himself, the personalised equivalent of a DVD extra. It’s a cool idea and I’ve certainly not seen distribution done via one of these platforms before.