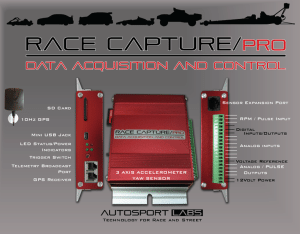 LYNNWOOD — When we first met the brains behind Autosport Labs in late 2010, racer Brent Picasso was working on the first version of a data-acquisition system, the company’s next product for budget-minded racers.

Then, nothing. Kickstarter told the Picassos and Miller that it doesn’t allow funding for automotive products.

“That was disappointing,” Miller said.

But Indiegogo offered no such restriction.