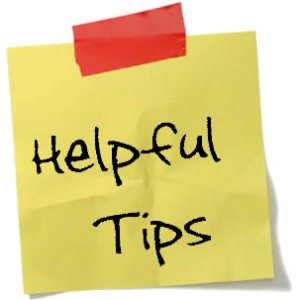 Imagine the following. You’re just out of college or you’ve just quit your job as a game developer for a big company. You and two of your friends have a great idea for a video game, and you want to finance development of your game via a crowdfunding website such as Kickstarter or Indiegogo. You pull your savings and get a few loans from your parents, totaling $100k. You spend $100k on the initial design of your game and shooting an intriguing trailer. You would like to raise an additional $400k to pay for music licenses, hiring an artist, web hosting, digital distribution, and other costs. You launch your campaign on November 17, 2012 so that it will close a week before Christmas, allowing cool uncles to buy it for their nephews and to allow 18-35 year olds to treat themselves to a nice Christmas gift. You plan on a September 2013 release of the game to allow reviews to drive holiday purchases of your game in 2013. When the Kickstarter closes on December 17, you have raised $1 million. After Kickstarter and Amazon take their cut, you’re left with about $920,000 (1M – 1M * .05 [Kickstarter] – 1M * .03 [estimated Amazon Payments rate]. Great news! Right…? Sort of…

The worst case scenario, of course, would be that your project doesn’t get funded at all. However, there are serious tax consequences that the imaginary developers in the above situation are going to suffer that could turn this otherwise successful crowdfunding campaign into a nightmare. If 10% of your pledge total is from people in a state where sales of digital goods are taxed, and the average sales tax is 8%, then you might owe about $7,400 in sales tax to your state ($1M * 0.10 – [$1M * 0.10] / 1.08).  If we assume that the developers didn’t spend any more on development in 2012, and if we assume that all of the developers are subject to an income tax rate of 45% (35% federal and 10% state), then you are going to collectively owe $365,670 (0.45 * [$912,600 – $100,000]) to the IRS and state tax authorities on April 15, 2013.  Until an amended return is filed in 2013, this leaves about $450k for the remaining development, and a profit of $50k if development costs were on budget. This is not much of a cushion for setbacks. Nor does it result in much immediate profit.