One company has been involved in two crowdfunding campaigns for two projects that are both late to ship, and this has all taken place on the two largest rewards-based crowdfunding sites in the world.

Design to Matter (D2M) raised a staggering $621,000 for the Instacube in the fall of 2012. The cube-shaped digital picture display promised backers Facebook and Instagram integration. The device rotates through pictures from those social media accounts automatically. The campaign was widely covered, garnering press in Engadget, Mashable, CNET, CNNMoney, etc.

Units were listed with an expected delivery date of March of 2013. They have yet to ship, driving some backers to criticize the company and demand refunds in the comments section of the Instacube’s Kickstarter campaign page.

2 months seems like a long time, but in the world of crowdfunded hardware 2 months of lateness hardly raises a red flag. Kickstarter projects ship late all the time, but does that lateness constitute failure? Our own JD Alois proposes that it does not. I tend to agree with that assertion.

Of course, that assertion comes with a caveat. Once a project becomes late, the pressure is ratcheted up on the project creator to be transparent about when backers can expect their units. After the delivery date passes backers are now left in the absence of any reasonable expectation until a new delivery date is established.

Pro tip: Project creators should just pad the numbers. Think you can ship by August? Tell your backers they’ll have it by December. Underpromise & overdeliver to avoid a cranky crowd and buy yourself some time.

It seems some of the over 3,400 backers of the Instacube campaign have taken issue with the lack of an updated shipping date despite some recent procedural updates. That isn’t to say that the campaign is unlikely to ship. It seems to be just a matter of when. D2M seems to be a well-established product design firm with numerous products listed on their site.

Things get a little more interesting when you examine the Indiegogo campaign for Stratus by Zuvo Water, which was just barely fully funded in March of this year. The product is also listed on D2M’s web site.

Kickstarter discourages multiple campaigns for a couple of reasons. One is that crowdfunding campaigns are a lot of work, but the second is that they want to see the first campaign fulfilled before launching a second. Both concerns are referenced on their FAQ page…

Can I run more than one project at once?

We rarely permit running multiple projects at the same time, or launching a second project before fulfilling your first one. Having multiple live projects can confuse backers and split support. Running a project is a lot of work, and more than one live project will likely dilute your attention and energy. There may be exceptions out there, but that’s generally how it works. If you’re a first-time creator and have multiple project ideas, we recommend selecting the one that’s most developed and trying that first. 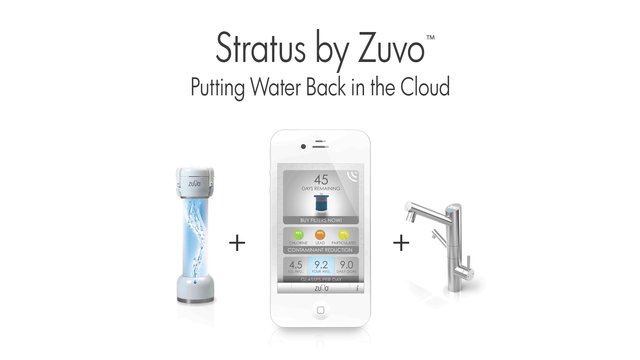 Zuvo is technically a separate entity from D2M, but the Stratus campaign page explains the partnership…

Zuvo has been working for the last year with one of the leading Silicon Valley design firms, D2M, who also created the crowdfunding sensation Instacube. D2M designed and tested STRATUS and created a full range of innovatively designed and styled, intelligent faucets. Faucets will be available in Bamboo and Acacia tri-flow and Hibiscus beverage faucet styles in chrome, brushed nickel and oil-rubbed-bronze finishes.

The questions that remain are ethical ones…

This also raises a larger question in the highly protective crowdfunding space regarding whether or not platforms should be sharing information to prevent companies from participating in ways that do not adhere to the ethos of the space.

In this case both campaigns are now late, and backers of the Stratus couldn’t have had any idea about timeline issues surrounding the Instacube because the Instacube was scheduled to ship just as the Stratus was set to finish funding.

I reached out to D2M this week but have received no response.

What do you think? Should companies be allowed to participate in two rewards-based offerings at once? Should platforms take more responsibility to make sure this doesn’t happen industry-wide?