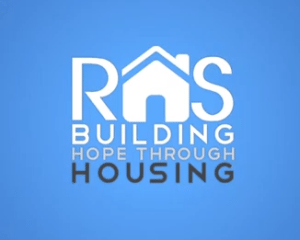 Rapid Home Solutions is a company based in Central Florida that specializes in sustainable housing manufacturing. They’ve recently launched an enormously ambitious $1.75 million crowdfunding campaign on Indiegogo to essentially do for homes what Henry Ford did for cars: cheap, fast manufacturing via an assembly line.

How fast? RHS says they can finish a home in one day, and they’re not just talking about any old home. Being based in Florida, they’re acutely aware of the stressed a Florida home can be put through at the hands of nature. The homes are designed to withstand winds of up to 180 MPH, which would allow them to survive even a category 5 hurricane. They’re also designed to resist damage from insects, fires and flooding.

One RHS home is 1,600 square feet and has 3 bedrooms and 2 bathrooms. Part of the benefit of their system is cost. The cost of constructing an RHS home is said to be as much as 60% less than another comparable traditionally manufactured home.

Due to the speed with which the homes can be built and their sturdy construction, RHS believes their homes are the perfect solution for disaster relief efforts following a hurricane. RHS believes their methods can be used to quickly rebuild communities torn apart by hurricane devastation.

In tandem with the launch of the Indiegogo campaign, RHS is also announcing two partner programs.

Their “Partnership In Homeownership” Program allows a fast-track path from renter to homeowner for citizens that lack either sufficient credit and/or the financial resources to meet all the down payment and closing cost requirements typically associated with purchasing a home. The program will provide all the services necessary to repair credit, establish new credit lines and accumulate the funds required at no upfront cost to the buyer while allowing the home buyer to take occupancy in their home.

The “Partnership In Homeownership PLUS” Program targets current federal entitlement recipients (currently receiving welfare) who are seeking homeownership and have the same negative issues listed in the standard program, but also lack full time employment. The Plus program adds an employment package with RHS designed to sustain the family’s homeownership and financial stability in the middle class sector of our national economy. The company plans to offer 1000 of the “Partnership In Homeownership” Program packages, of which 300 will be the “PLUS” variation of the program. America’s military veterans that meet within the “PLUS” program’s qualifying guidelines will receive first consideration.

“We’re excited to introduce this innovative construction process to the nation,” said Steve Diaz, CEO of Rapid Home Solutions. “Our proposed rapid construction method and techniques, as well as the proprietary rapid foundation and assembly procedures will dramatically reduce the overall cost of construction and likewise our price point, which will allow us to offer these homes to the average American family seeking homeownership. The rapid construction capacity, coupled with either our ‘Partnership In Homeownership’ or the ‘Partnership In Homeownership PLUS’ Programs will allow us to offer homeownership to American citizens that up until now, have never been able, or given the chance to become homeowners. Through the “PLUS” program, we intend to fill the first 300 full time positions with such families and calibrate their home package with their employment compensation package. The implication and potential impact of these programs are far reaching to say the least. Imagine how many lives could be positively affected when a family is able to acquire homeownership and sustain itself? How many families could have bounced back so much easier from any of the disasters that have stricken so many areas of our nation if they had access to an RHS home before or after an event.”