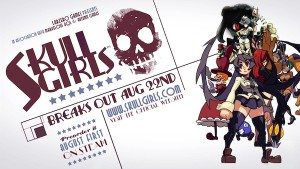 Successfully crowdfunded game Skullgirls announced on Twitter the PC version of their game will be released on August 22nd.  Skullgirls launched a crowdfunding campaign on Indiegogo earlier this year and raised over $800,000 for the globally popular video game.  The Skullgirls team continues to update their campaign page by sharing progress on characters and releases.