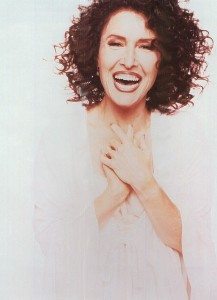 Award winning recording artist Melissa Manchester is making her 20th album but instead of the traditional recording studio path she is financing it with crowdfunding, having launched a campaign on Indiegogo the 20th of August.  Manchester is attempting to raise $70,000 to fund her first full length “album” in 9 years.

“I had no idea what fan funding was or how to go about it until some of my students turned me on to the idea,” said Manchester, who teaches at USC’s Thornton School of Music, and is Artist in Residence at Citrus College in Southern California. “I have students bringing in their own CDs for me to hear, and I’m thinking ‘how are these kids getting this done without a label behind them?’ I am thrilled to be diving headfirst into these waters with my first new album in nine years, and with the support of loyal fans, I can’t wait to share what we’ve accomplished together.”

The first single, popular with live audiences, is “Be My Baby”, made famous by the Ronettes.  Due to the support of a longtime fan, it’s available  for free download on Manchester’s web site. 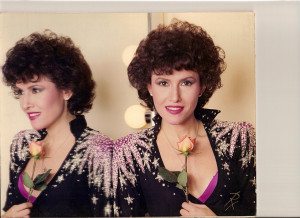 After graduating from New York’s High School of the Performing Arts, Melissa enrolled in a songwriting class at NYU that was taught by Paul Simon. She then landed a staff writing job at Chappell Music and performed as a solo singer/pianist in the Greenwich Village club scene. There, she met Barry Manilow, who introduced her to Bette Midler, and Melissa became one of the founding members of Bette’s backup group, the Harlettes.

A  solo career followed, with more than 200 recorded songs spanning 19 albums and various film and television soundtracks, multiple Grammy nominations and the 1982 Grammy Award for Best Female Vocalist, Oscar nominations for her movie themes, and recordings of her compositions by such noted artists as Barbra Streisand, Dusty Springfield, Alison Krauss, Roberta Flack, Johnny Mathis, Kathy Mattea, Peabo Bryson, Cleo Laine and Barbara Cook, among others. She has composed for numerous films, including “Lady and the Tramp II: Scamp’s Adventure” and “Dirty Girl.” She collaborated with Kenny Loggins to co-write his 1978 hit duet with Stevie Nicks, “Whenever I Call You Friend.”

As an actress, Melissa was a series regular in the TV hit “Blossom,” and performed with Bette Midler in the film “For The Boys.” She co-wrote the stage musical “I Sent a Letter to My Love,” co-starred with Kelsey Grammer in Stephen Sondheim’s “Sweeney Todd,” and starred in Andrew Lloyd Webber’s “Song and Dance.”