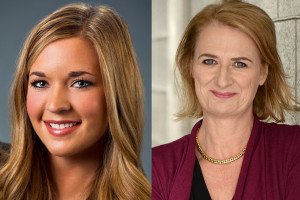 Reportedly the UNC Student Congress stopped funding for two women speakers – who happen to be of the conservative ilk – by slashing the available budget.  Kate Pavlich and Ann McElhinney were on the roster for scheduled speakers at the University, but according to the campaign page on Indiegogo the Student Congress felt otherwise as they were deemed “non-intellectual” with “no-value”.  Hmmm so much for diversity of opinion at one of this countries leading universities.

So instead of turning tail in defeat organizers decided to do what would be expected.  They started a crowdfunding campaign to raise the necessary funds in the amount of $6000.00.  Due to the support of 125 backers the campaign has exceeded that goal – standing at just around $7000 today with 11 days left in the initiative.

Kate Pavlich is the News Editor for Townhall.com a right leaning news site which has become pretty popular with the conservative crowd.  She is also an award winning author of the New York Times Best Seller Fast and Furious: Barack Obama’s Bloodiest Scandal and Its Shameless Cover-Up.  She has appeared on MSNBC, CNBC, CNN and of course Fox News.  Ann McElhinney is a filmmaker and journalist who has been published the UK Sunday Times, Irish Times and others.  She has produced documentaries for BBC and CBC while contributing for many other news organizations.  Perhaps the UNC Student Congress sets their bar too high?  Probably not.

Kate and Ann  announced their appreciation for the support of their campaign with an update: 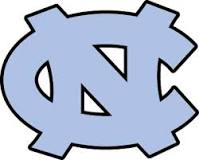 We reached our goal in just a few hours. That’s amazing and humbling. Thank you for standing up to intolerance on campus.

It’s great to see that the American public appreciates diversity of opinion even if universities don’t.

You’re helping us send a clear message not just to UNC, but to to the entire university system: censorship and discrimination are unacceptable.

Regardless of political tendencies, the right of freedom of speech should be embraced everywhere including the halls of UNC.