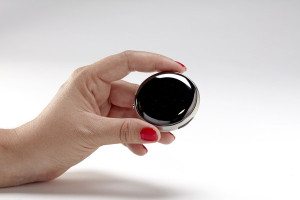 If you can make using a breathalyzer for testing your ability to drive fashionable, this crowdfunding team has done it.  From Irvine, California Ho International has created a very attractive looking device to which you can quickly and efficiently measure your blood alcohol content and they have successfully crowdfunded on Indiegogo.

They set out to raise $30,000 on September 9th and few days later they stand well past that goal over $50,000 as of today.  The first reward level which you could receive an AURA was set at $125.  The 200 available quickly sold out so those interested in being one of the first were bumped up to the next level.  A company package of 100 units quickly went for a steep $12,000.  No stretch goals set yet but with 28 days left in the campaign they are sure to follow soon. 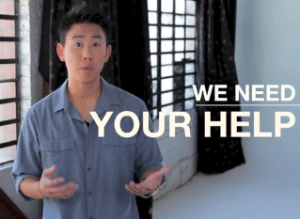 The designers set out to create a device which was as good to look at as it is in generating an effective measurement of the alcohol in your system.  They searched for the best technology they could find and discovered it in the United States. The same technology used by law enforcement across the country.  AURA integrates the best tech available using fuel cell sensor technology in contrast to the less expensive semiconductor oxide sensors.  This is the same stuff most court issued vehicle ignition interlock systems use today.  Only the fuel cell sensors are reliable for precise measurements of ethanol in a persons blood.

But as you may guess – most police departments are not concerned about appearances when asking a DUI suspect to blow.  AURA has combined very cool aesthetics with great technology.  That and they may be on to something.  I have encountered few individuals who carry around their personal breathalyzer but this sleek device may indicate a change. 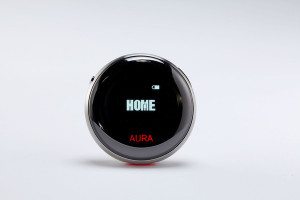 Of course any BAC device cannot determine whether you can drive or not.  Heck there are plenty of people on the road today that shouldn’t have a license whether they are sober or not.  But this could help you make a better decision when you have had a few drinks over a period of time and you simply do not want to take the risk.

There are still plenty of the first run of 1000 available at the $150 level.  They are expected to ship in December 2013 just in time for New Years Eve.