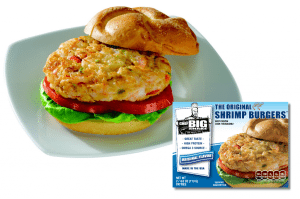 In May of 2011, Chef Big Shake, also known as Shawn Davis, appeared on ABC’s Shark Tank, giving his shrimp burgers and the company national exposure. ABC has since re-aired his episode 5 times further igniting consumer brand recognition. In September of 2011 the show’s producers filmed a follow-up segment on Shawn’s success that aired in 2012.  Mark Cuban is a fan of his shrimp burgers.

Today Chef Big Shake is heading to crowdfunding platform Indiegogo to launch his Shrimp Burger Revolution Tour — a state to state, city to city tour. While out on the road Chef Big Shake will be dishing out samples of his healthy mouthwatering shrimp burgers. This will help get his Original Shrimp burger line into retailers across the country.  Davis hopes to raise $50,000 to fund his dream and he has the 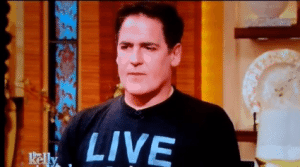 next 28 days to accomplish his goal.

“We’re taking the burger to the people! My daughter and I made a video to tell people what we want to do. In the video, I even dance. I have never had so much fun and I hope people like it and get the message,” says Davis. Currently, the burgers are only available through fifteen retail chains.

CBS Foods started as a grassroots family run company operating out of the kitchen of Chef Big Shake’s home.

“When my daughter was ten, she received a pamphlet at school promoting vegetarianism. That day, she ran home and declared she wanted to eliminate all meats, except seafood, from her diet, thereon,” says Davis.

Davis knew that in order to keep her protein intake at an optimum level, he would need to get creative and crafty in the kitchen. And so he did. The Original Shrimp Burger was born. This US made healthy burger option now comes in 5 different flavors packing 23 grams of protein in to 160 calories.

With the help of supporters, CBS Foods can stand up against traditional multi-million dollar marketing campaigns. Consumers can help bring a smaller brand to the shelf and keep it there through demand.

“This is the whole point of the revolution,” comments Davis. “The little guy deserves a shot,” he adds.

Major brands spend big money on expensive commercials that eventually brainwash the masses into trying a product. Davis would rather take his burgers to the street and let your taste buds be the judge.

“As consumers we should have the option to make educated decisions about the products we buy, and that’s why we’re going to let people try the shrimp burger before they buy it. I had a great time making the Indiegogo video and dancing with my daughter. I hope that everyone enjoys it,” says Davis.

Since the company’s inception, the product line has grown to include the following Shrimp Burger flavors: Original, Teriyaki, Chesapeake, Jalapeno and Cajun. CBS Foods also produces a Veggie burger and Lobster Mac-n-Cheese.