Indiegogo has completed their outreach roadshow in Canada.  The trip crossed the country from Halifax to Vancouver preaching the gospel of crowdfunding to Canadians from all walks of life.  From artists to tech entrepreneurs, team Indiegogo took the opportunity to listen to the diverse crowdfunding campaigns and the many stories of success.

The first Canadian Indiegogo campaign was launched back in 2009.  Since then millions of dollars have been raised and over the last year Indiegogo has seen the number of active Canadian crowdfunding campaigns increase by 200% as more people have become exposed to the benefits of crowdfunding. 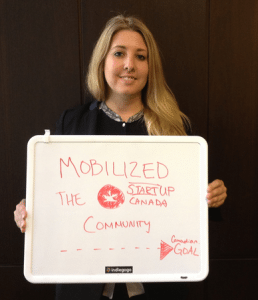 The roadshow was organized in partnership with StartUp Canada – an entrepreneur driven organization  that wants to improve Canada’s competitiveness in the world economy by supporting Canadian entrepreneurship.  Founded by Victoria Lennox, StartUp Canada raised funding using the Indiegogo platform.

Recently Indiegogo’s main competitor Kickstarter officially launched in the Canadian market.  Kickstarter’s tally shared in early October indicated they had raised over $3 Million out of the gate.  While the Canadian market is significantly smaller than the United States it remains an important battleground for the two rewards based crowdfunding platforms.

Links and descriptions from the Canadian experience for Indiegogo are listed below: