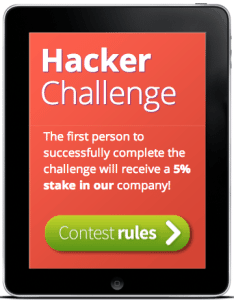 Crowdfunding on Indiegogo, Hungarian company MySecureZone is launching a hacker challenge in conjunction with their fundraising campaign.  The company is inviting people to hack their system to read an encrypted email.  If successful the grand prize is 5% of their startup company.

MySecureZone has created a first-of-its-kind encrypted email sending solution that enables users to send private emails to any addressee using any email service provider. Recipients do not need to install special software to read these private emails; they only need to know the encryption passphrase, which would have been previously generated by the sender.

The company assures users that encrypted emails sent through their secure email service do not travel through the network, nor can they be read by tapping into network data traffic between the server and the recipient. The encrypted messages are stored on the company’s server located in Switerland, which recipients can reach via a link. Additionally, the sender can specify a time span for each email after which even the recipient can no longer read the message. They claim their installation-free web encryption Framework (MSEP) is significantly more secure than PGP + SSL. 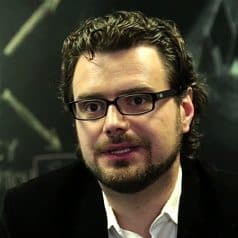 Istvan Balazs, CTO of MySecureZone says, “The goal of our company is to help people protect their online privacy and to bring the highest grade user-friendly IT security to the public. For ultimate security, our system rests on the strong foundations of open source. We know that, on the Internet, the user login process is one of the most vulnerable areas of personal information protection. That’s why we have created a state-of-the-art, web-based, two-factor authentication solution that is unique and innovative. This will ensure that, even with a weak password, your private messages will be safe and secure.” 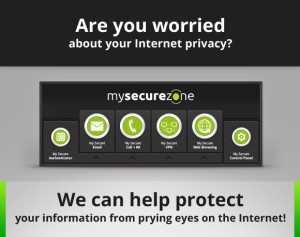 The crowdfunding campaign which was just launched on Indiegogo seeks to raise $50,000.  As of today they have already raised over $6,000 from 26 supporters.  The campaign is a flexible funding offer so all funds will be delivered to the company regardless of the final amount.  For $119.00 a backer may received a lifelong subscription to My Secure Email.  Estimated delivery is January 2014.