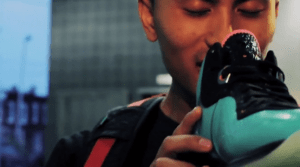 David T. Friendly’s effort to crowdfund a documentary about shoe collectors is way behind schedule, having raised just over $5,000 of a $100,000 goal on Indiegogo (Despite being flexibly funded). Here Friendly explains why he went with Indiegogo, and the way he frames it is actually kind of hilarious.

In a somewhat surprising revelation, Six to Start CEO Andrew Hon urges gaming project creators to forget about chasing UK media outlets and focus on the larger US market for their Kickstarter campaigns. He says, “We were focused on major TV spots in the UK and made about £50 from them. Forget about chasing the UK press, and just go for the US blogs.”