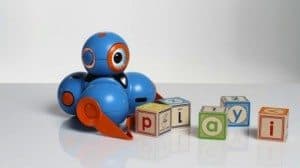 The crowdfunding campaign for Play-i’s interactive robots Bo and Yana was a success by any measure, having raised over $1.4 million. Of course, the easy part is raising money. As far too many crowdfunders have learned the hard way, the hard part is actually delivering a product. Play-i is taking that process very seriously and wants to operate with the utmost transparency, so they’re throwing the doors open on their process for backers.

Delivery was expected for summer of 2014, but delivery is going to begin to October according to this new, more accurate timeline. Orders are going to be shipped in the order of when backers pledged. Backers can find their backer number in the confirmation email they received when purchasing their robots.

The infographic below explains the road to delivery step-by-step…

During the process of testing and tweaking the robots, the Play-i team has made improvements from the original design that they say will result in a better end product being shipped to backers. These new features include…

Bo will also now come equipped with three microphones instead of one, allowing the robot to detect the direction from which sound is coming. Users are said to be able to program the robot to come to the sound of their voice.

Yana gets some improvements too in the form of more functionality and possibilities when it comes to programming, thanks in part to three added buttons on the top of Yana’s head.

The Play-i team is committing to weekly updates from here forward to recap where they are in the process of fulfillment and delivery. Backers can follow progress at Play-i’s web site. A more detailed blog post about the new features and process is slated to hit Play-i’s blog later this morning.