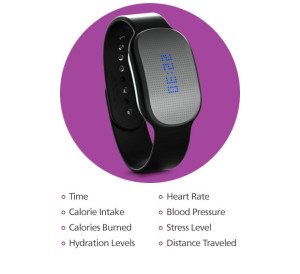 At this point, I’ll skip the process of reiterating HealBe’s disaster of an Indiegogo campaign in any detail. In short, HealBe launched a campaign for a device called the GoBe that promised to count calories burned during a workout by measuring glucose levels in the bloodstream. It may not even be possible. That’s just one of the issues with the campaign. Here are the relevant links if you need some deeper background:

On Indiegogo, a miracle health device crowdfunds $730k. One problem: it might be total bullshit [PandoDaily]

Indiegogo’s Reputation May Hinge On Outcome Of GoBe Campaign

PandoDaily’s James Robinson has led the charge on covering the campaign, and he deserves to be applauded for it. He in all likelihood saved an untold number of people from parting with their cash. I say this as a member of the crowd; I’ve read the allegations and done my own due diligence, and I cannot for the life of me believe that HealBe is going to deliver a product that works as advertised. I don’t believe in the team or the science.

Part of the beauty of crowdfunding is that I’m entitled to that opinion as much as some of HealBe’s most zealous backers are entitled to disagree with me. When people say “the democratization of capital,” this is what they mean.

Furthermore, I have a profound respect for Indiegogo as a platform because I know from the past year-plus of covering them that this process of democratization is their raison d’être. If Kickstarter is the careful, surgical & cliquey big brother of the crowdfunding space, Indiegogo is the occasionally reckless little brother that makes friends with everyone in the neighborhood. Indiegogo balances Kickstarter out with their “no gatekeepers” approach.

I’m not saying either is right or wrong. There’s a place for both, but ask me if I think an entrepreneur with a half-baked idea should be able to raise money for said half-baked idea and I’ll tell you, unequivocally: Yes, if the crowd decides it to be so.

If Kickstarter is the careful, surgical & cliquey big brother of the crowdfunding space, Indiegogo is the occasionally reckless little brother that makes friends with everyone in the neighborhood. Indiegogo balances Kickstarter out with their “no gatekeepers” approach.

That is the story of the GoBe. It’s not a product yet. If it were, it’d in all likelihood be listed on Kickstarter, the inarguable leader of the crowdfunding pack and stop #1 for hardware projects even though they aren’t a store or something. However, the GoBe is at this point just an idea – a prototype – and Indiegogo is the place to raise funds for an idea.

Here’s where James Robinson and so many other journalists miss the boat, and why Indiegogo is right in not canceling the GoBe campaign: it isn’t up to us or the individual platforms. The final decision for whether or not to provide HealBe with the funds they deem necessary to bring their product to market lies with the crowd and only the crowd.

However, this is predicated on a couple of important concepts. One, backer pledges should be held in escrow until a campaign is completed. Two, backers should be able to cancel a pledge as long as the campaign is running. Without these two elements of the crowdfunding puzzle, there’s undue risk for backers at the point of contributing to a campaign. Backers should be able to contribute, change their mind based on due diligence performed within a transparently-defined timeframe (the length of the campaign) and retract their pledge.

Remember the Kobe Beef Jerky campaign on Kickstarter? A clear scam that was outed by a documentary team. Not one dollar was lost to the campaign thanks to escrow protection. Was it a misgiving of the system? Absolutely not. The system worked.

Indiegogo fails to employ this important safeguard for backer pledges for one specific cocktail of scenarios. For flexibly funded campaigns, PayPal contributions are released immediately. No escrow protection. This is why backers are having to ask for refunds during the HealBe campaign.

The decision to allow PayPal contributions to immediately accessible to campaign owners in a flexible funding structure was made a long time ago. We believe this is an important feature that have been received favorable with our users.

I understand why project creators would love the immediate release of funds. Who doesn’t like receiving money? Having said that, it flies in the face of crowdfunding best practice. It cannot be tolerated.

There’s a secondary problem here as well. It results in diminished transparency. How much money has HealBe raised when taking refunds into account? Refunds aren’t reflected in their current fundraising total, which stands at over $990,000. The short answer: nobody has any idea how much HealBe has raised. That is a problem.

The HealBe campaign is not a failure of Indiegogo’s own fraud detection program as PandoDaily has suggested. It isn’t Indiegogo’s responsibility to call the winners and losers. That responsibility lies solely with the crowd. On this front, I agree with Indiegogo.

However, it does raise an important red flag in regards to how Indiegogo executes flexibly funded campaigns. Any good steward of crowdfunding is doing the space a disservice by not providing escrow protection to backers. It needs to change and it needs to change now, whether the project creators like the feature or not. This isn’t about them. It’s about the health of an industry and the ability for platforms to protect the end user from fraud. In releasing funds immediately, Indiegogo is exposing itself to complicity in a clear fraud if one were to arise. It’s shameful.

That is Indiegogo’s failure. Let’s not criticize them for allowing the campaign to run, because in the end that is the ethos of crowdfunding. Let’s leave that decision to the crowd and empower them to make the decision, right or wrong.