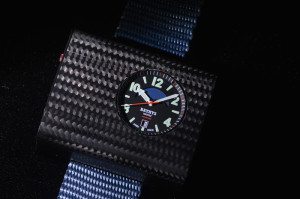 Bathys is a company based in Hawaii that specializes in making watches, but their latest creation is a completely different spin on the watch. It’s been hinted for a long time (See this TechCrunch piece for example) and it’s finally here.

Well, it’s sort of here in that it came and went already. Ten backers willing to fork over $6,000 have laid claim to a forthcoming atomic wristwatch from Bathys, and it’s said to be the world’s first. For some perspective, the campaign launched just five days ago.

So why an atomic wristwatch? In short, cesium 133 is an isotope that vibrates at a very specific frequency. In 1967 it was decided that 9,192,631,770 vibrations of the cesium 133 isotope would be adopted to represent the scientific definition of one second by the International System of Units (SI). Technology using cesium 133 to determine time can now fit on a single chip, and that chip is in this watch. It’ll generally lose less than one second of time over a lifetime. It’s all about accuracy. 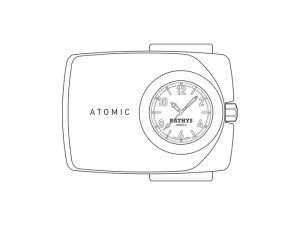 A prototype exists (pictured, top right). Why not just go to market with it? The campaign page clarifies: “As a small US-owned firm trying to compete against the luxury monopolies such a Swatch Group, we can really use the grassroots support that a Kickstarter campaign offers.”

The atomic watches are set to deliver in November of this year according to the campaign page. For those of us that may not be able to afford a $6,000 watch (high five!) fear not… Bathys is offering up other watches from their current slate of products at price points ranging from $175-475.