Kickstarter made headlines recently for what boils down to a disagreement between Kickstarter’s in-house curators and filmmakers producing a documentary about Dr. Kermit Gosnell. For those seeking more details, we broke down the situation in an earlier article. Kickstarter CEO Yancey Strickler has since rebutted the claims, explaining that the film wasn’t rejected.

Now a second campaign from Jason Vaughn has also run into problems when it comes to getting past Kickstarter’s gatekeepers. The situation was explained in a post to TwistedConservative.com. In short, the campaign seeks funding for a film series called Stolen Moments aimed at telling the potential life stories lost to abortion.

What worries me though is not only can I not understand their reasoning for rejecting Stolen Moments, but they also happened to reject another film that has some talk about abortion in it. I’m hesitant to call it a pro-life film because I don’t think the creators would consider it as such. 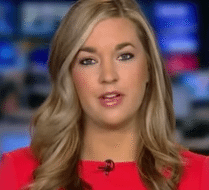 In an article on TownHall.com, Katie Pavlich (pictured, right) calls Kickstarter out for censorship. “Apparently condom bouquets and late-term abortion doctors meet Kickstarter community standards but films exposing the horrors of Kermit Gosnell and the abortion industry are just too much to handle,” she says.

So does Kickstarter deserve criticism?

To a point, yes. As the old adage goes, with great power comes great responsibility, and nobody has more power in the rewards-based crowdfunding world than Kickstarter. I’ve been critical of Kickstarter in the past for not being more clear on their guidelines. I cannot for the life of me understand how Stolen Moments can be construed as a self help project unless the pitch was vastly reworked before launching on Indiegogo.

Does that mean Kickstarter is censoring projects? Nobody can say for sure, as we do not have intimate access to Kickstarter’s internal processes and the motivations behind these decisions. For better or worse, Kickstarter remains extremely mum on issues such as these as is evident in the response the project creator received from Kickstarter, which was very terse and final. There was no offer made to rework the basis of the campaign. It was flat rejected.

The reality is that getting cast off of Kickstarter can cost people valuable time and money. It usually doesn’t inspire confidence when you tell potential backers you’re planning to launch on Kickstarter only to later launch on another platform because Kickstarter said no.

Indiegogo is dealing with their own problems regarding the efficacy of their platform right now, and their hands-off approach may have to change especially if they want to wade into the world of equity crowdfunding for non-accredited investors as has been hinted in the past. That, however, is a story for another day.

I think Kickstarter owes it to crowdfunding enthusiasts to clarify their rules and stick to them steadfastly. If they get criticized for not doing so, it seems justified to me based on examples like these. This isn’t akin to a product being rejected from the shelves at Walmart. Kickstarter’s ethos is rooted in the democratization of capital for artistic projects – the term “artistic” being as broad as it is – and that seems to counter the arbitrary and sometimes incomprehensible application of their own policies. Furthermore, in this case the rejection comes with no detailed explanation. That makes it hard to understand what is allowed and what isn’t.

Having said that, the pro-life movement and free market economic policies are invariably linked via conservative politics, so you have to excuse me for being a little cynical about conservative pundits calling a private company to the carpet for exercising their right to deny service based on their own beliefs. Kickstarter’s project guidelines are absolutely part of an evolving belief system. (We are not a store, no GMOs, no seduction guides et. al.)

Aren’t these the same pundits that would, let’s say, fight for Hobby Lobby’s right not to provide contraception to employees on the grounds of a belief system? Let me spoil that for you: Katie Pavlich took to Fox News to argue that Hobby Lobby did indeed have that right under our First Amendment.

Kickstarter needs be more clear, but conservatives need to be consistent, too.