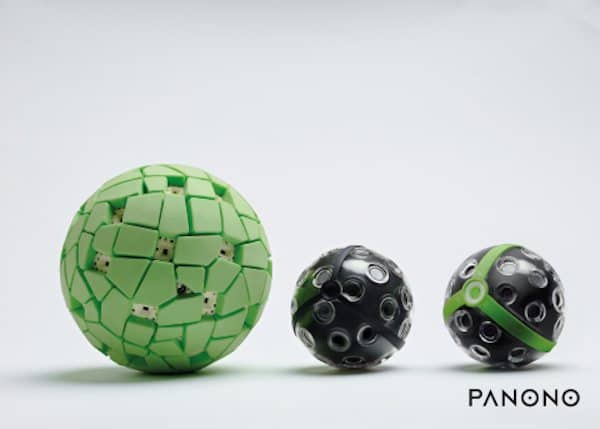 The Panono Panoramic Ball Camera, which debuted last year in a highly successful crowdfunding campaign on Indiegogo that raised more than $1.2 million, is making rapid progress towards market readiness, according to its inventor Jonas Pfeil.

On Monday (October 20th), Panono shared news with its backers that it has completed its final mechanical design and that the first electronic prototypes are in production and will soon undergo testing. Panono anticipates that its first cameras will begin shipping in spring 2015 to the company’s crowdfunding backers.

The patent-pending Panono is a grapefruit-sized, ball-shaped camera with 36 camera modules embedded all around it that fire simultaneously when the camera is thrown into the air to capture fully spherical, 108-megapixel panoramic images. Viewing Panono panoramas on a mobile device with the free Panono App offers a unique immersive experience in which viewers move through images simply by tilting their device up and down, left and right, and all around as if inside the image. 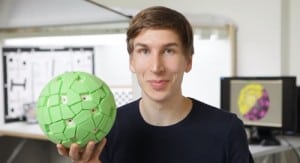 Pfeil stated, “It’s exciting to be just months away from realizing a dream that began in 2011 to create a whole new world of photography, one in which the photographer is literally at the heart of each image in a fully spherical shot that captures everything and everyone in every direction. The Panono Panoramic Ball Camera is a very different kind of camera and we can’t wait for people to experience it and start sharing their panoramas.”

Milestones in Panono’s path to market include: 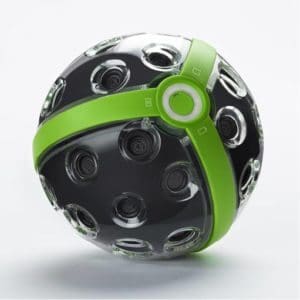 Panono GmbH develops trend-setting digital cameras along with smartphone and tablet applications. Its first product is the Panono Panoramic Ball Camera. Equipped with 36 individual cameras, the Panono captures 360° fully spherical 108-megapixel panoramas. International patents for the Panono camera are pending. The Panono will be available in spring 2015. Panono GmbH was founded in 2012 by Jonas Pfeil, Björn Bollensdorff and Qian Qin and is based in Berlin, Germany.

In anticipation of its general availability in spring 2015, Panono today also unveiled its new logo, new panoramic pictures captured during testing and a new website. The Panono Panoramic Ball Camera is still available to purchase at the discounted price of $549 USD on the Panono website.