Just when things started to look grim for Adrian Grenier’s 52: The Search for the Loneliest Whale Kickstarter project, the crowdfunding campaign managed rally and capture the initial $300,000 goal, thanks to Titanic star Leonardo DiCaprio’s funds and social media powers. 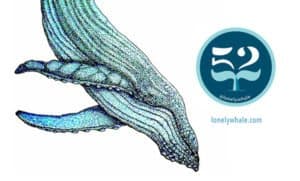 As previously reported, Grenier and the film’s director Josh Zeman shared, “We are going to embark on a deep-sea expedition to find the 52 Hertz Whale, also known as the Lonely Whale, who has spent its entire life in solitude calling out at a frequency that no other whale can understand. We plan to embark on a quest to re-discover the 52 Hz whale with the help of celebrated marine biologists, bio-acousticians and the public at large.

“While on this epic journey, we will explore how the fascinating phenomenon of underwater sound informs our story – from 52’s discovery, born from the Cold War science of submarine warfare, to the haunting allure and inexplicable complexities of whale songs, to the growing scourge of ocean noise that is disrupting the lives of whales everywhere. Ocean noise pollution is fast becoming one of the most dire threats to marine mammals world-wide, especially whales. The causes are man-made; sonar blasts from military exercises, the crash of seismic air guns from fuel exploration and the whine of commercial fleets crisscrossing the globe every minute of every day.

“Much like the plight of the Lonely Whale, it is our own struggle to be heard above the endless chatter of virtual communication that is now forcing us to reconsider the quality of our plugged-in lives. Within the context of our hyper–connected lives, most of us can relate to the sense of isolation and potential loneliness, similar to that of the Lonely Whale. Yet, despite the tragic nature of 52 and the cautionary tale found in his plight, our quest reveals an inspiring message of hope that shows how one lone whale can teach human beings all over the world about the true meaning of connection.”

Despite his popularity, it seemed Grenier wasn’t attracting as many backers to his campaign as he thought he would. But somehow managed to find the perfect person to help rally the troops: Leo!

According to The Hollywood Reporter, the Wolf of Wall Street hunk forked over the $50,000 through his environmental non-profit, Leonardo DiCaprio Foundation. The funds, which were given during the last 24 hours of the campaign, helped raise the $300,000. 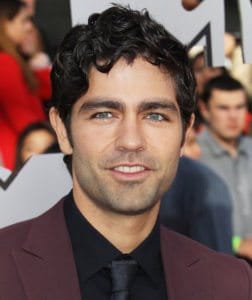 Sharing his gratitude for the backers, Grenier stated:

“Thank you to the 3,300 backers and the Leonardo DiCaprio Foundation for making this science based creative project come to live. These donations validate our ongoing efforts and to get their vote of confidence is a huge moral boost for myself and team Lonely Whale.”