As mentioned in a recent interview with  FluxMob’s Co-Founder Alan Tran, he and his childhood friend Co-founder Justin Zito who swiftly raised $90,253 in initial funds for their tech gadget company FluxMob and its first product, BOLT, through Kickstarter, overfunding with the help of 1,790 backers.

The duo has returned to Kickstarter with their latest innovative product, BOLT². BOLT² incorporates features BOLT users most requested:  double capacity to 6000mAh and an additional USB port and more than double the original BOLT’s output at 2.4A. Users now have the ability to charge 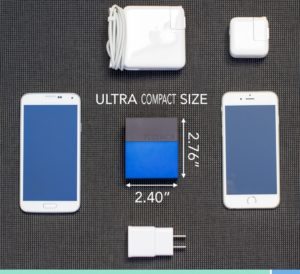 their phones and tablets up to 4x faster than a regular USB port while keeping the size down to less than double the original BOLT. Other key features include BOLT²’s foldable prongs, global support, charge status indicator and smooth rubberized design finish… All this power and convenience in a mere 28mm x 61mm x 70mm.

With 44 days remaining on the campaign’s closing date of 28 May, FluxMob already has closed its “Super Early” $35 backer level with the help of more than 588 backers who gave more than $24,500 funding toward the startup’s $36,000 goal.  Backer 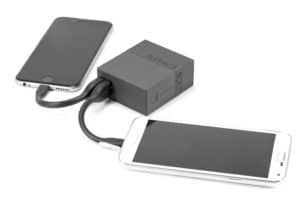 Having recently partnered with eBay’s Innovators Collective, FluxMob’s small business will likely continue to grow at a quick clip. The Innovators Collective helps eBay build storefronts specifically for the startup’s needs and promotes FluxMob in the collective both on eBay’s home page, across SEO and on advertisements across social platforms.