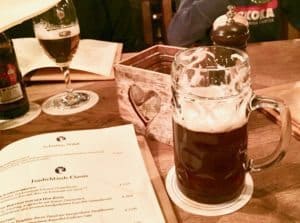 The United Kingdom has been leading the Euro-pack when it comes to Fintech investment for many years. A combination of a robust early stage funding ecosystem and a regulatory environment that has embraced disruption (and competition) in financial services have been vital catalysts. But what about second place when it comes to funding early stage Fintech firms. Since 2013, Germany has accounted for 15% of the European Fintech deals and the UK has tallied 38%.

CBInsights is out with a brief write up that compares the two countries. Germany is the larger economy in comparison to the Brits. In the world ranking of GDP in Dollars, Germany is number 4 and the UK is in 5th. But when it comes to Fintech, the Brits are victorious.

But Germany is no slouch and in recent years from Berlin to Munich there has been a growing interest in disruptive finance.

The report explains that after averaging around 14 early-stage deals from 2012 through 2014, early-stage Fintech deals in Germany have started to increase. In 2015 there were 23. In 2016 that number ratcheted up even further to 34. The increase in number of deals was accompanied by a larger amount invested with $134 million going to German Fintech’s during 2016. This year things are looking even better as there have already been 22 deals raising $83 million to date.

Germany is said to be experiencing a good number of early-stage interest in Insurtech with eight deals closed in 2016. There have been four Insurtech deals closed so far in 2017.

The UK may be down from the peak of 2015 in both deal numbers and total raised but the Brits are still easily outpacing Germany having raised $284 million in 2015 and $181 million in 2016. This year is on track for renewed growth.

So will Germany catch up in the Fintech race to match its larger economy? We will have to wait and see.