Seed&Spark, the independent film crowdfunding platform, announced on Monday it has teamed up with WeTransfer and Bow and Arrow Entertainment to launch 100 Days of Optimism, which is described as a crowdfunding rally for stories of hope, change, redemption and inspiration. Filmmakers who participate in the rally may qualify for more than $250,000 in prizes 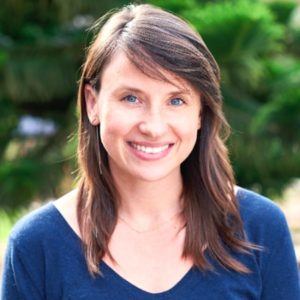 According to Seed&Spark, the rally is open to all formats and genres (i.e. short, feature, series, fiction and non-fiction). Participants must launch a crowdfunding campaign on Seed&Spark between January 15th and March 25th, and their campaigns must finish by April 25th. Campaigns that reach 100% of their goal and gather at least 1,000 followers will become eligible for prizes, including a total of $50,000 in grants and hundreds of thousands of dollars of marketing support from WeTransfer for films of any format and $25,000 investment from Bow and Arrow Entertainment for up to three documentary films. While sharing more details about the new initiative, Emily Best, Founder and CEO of Seed&Spark, stated:

“Last year, we launched 100 Days of Diversity as an answer to what was going on politically, and to encourage filmmakers to build activism into their art, to constantly push the envelope not just creatively but also socially. We knit that into the daily fabric of Seed&Spark. Now we want to pump some good juju into the top of 2018, for all of us. It’s not just about stories of hope, but also about art that’s so exciting it reminds us what it is to be alive. It reminds us why we get up every day and fight.”

“Having the guts to stand up and be accountable for your own thoughts and be judged is brutal. Getting recognition for your work; tough. Earning money from your thoughts, work and sweat; near impossible. Since 2009 we have been supporting creatives and helping bring relevant cultural projects to life. We get how tough this game is. We fully support Seed&Spark’s mission to encourage filmmakers to weave activism into their art, and celebrating optimism and the power of community has never seemed more urgent than today.”

“Bow and Arrow Entertainment is very excited to be a part of 100 Days of Optimism with WeTransfer and Seed & Spark. Seed&Spark is providing a platform for unconventional, bold storytellers; a mandate that aligns perfectly with Bow and Arrow’s approach to filmmaking. This partnership is an opportunity to expand that platform- to include inspirational and aspirational stories, told through fresh and underrepresented lenses from documentary filmmakers across the country.”

Seed&Spark added that 100 Days of Optimism follows last year’s Hometown Heroes crowdfunding rally in partnership with Duplass Brothers Productions, which was Seed&Spark’s largest rally to date, and marks the first of several rallies from Seed&Spark in 2018.