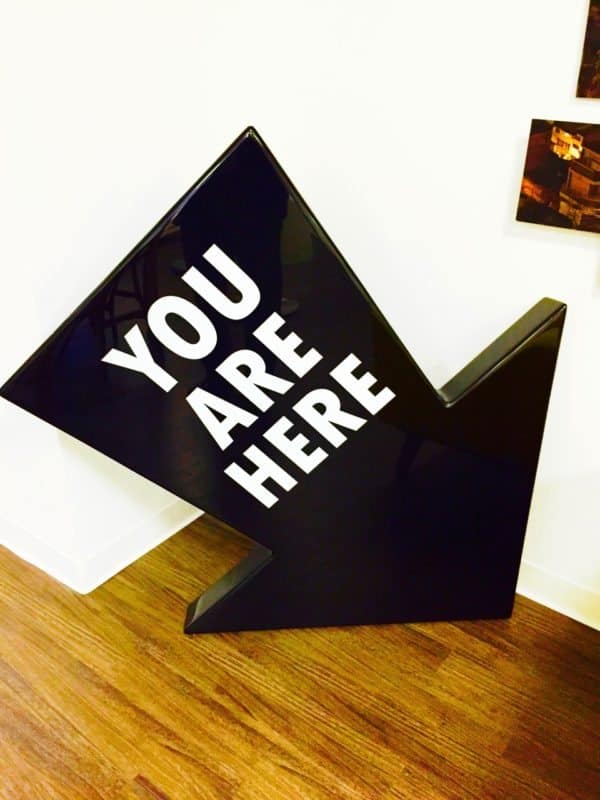 Crowdfunding today exists in many forms. Platforms such as Kickstarter and Indiegogo let entrepreneurs reward their community of supporters with tiered, tangible rewards.  Patronage-based models allow content creators to sustain their work with recurring donations from their fanbase. Equity crowdfunding and emerging initial coin offering (ICO) platforms tie ROI incentives to the funding process through the issuance of securities.

These models appeal to different business sectors and consumer demographics, and over the last decade the JOBS Act has sought to harness the potential of investment crowdfunding to drive economic development in the United States. Despite a friendly regulatory atmosphere, and the common-sense thinking that financial incentives should be the most powerful driver of investment, equity crowdfunding in particular has never exploded before the recent phenomenon of Initial Coin Offerings, or ICOs.

Spectrum of existing crowdfunding platforms and the incentives associated with each

The SEC has stated that the vast majority of cryptocurrencies issued via ICO are securities. Yet they do not represent equity, and therefor offer less rights and less protections to investors. On the surface, it seems like these would be less valuable than a traditional security offering, but in fact they are exponentially more popular. ICOs raise enormous amounts of funding at record breaking speeds; they’ve unlocked the promise of crowdfunding in a way that regulators couldn’t anticipate.

Investing is a Game

Putting money into a venture is risky, and it always has been – that’s why the SEC was created in the first place. Enterprise investing in particular carries no assurances, and private company valuations, especially in the seed-stage, are pure estimates. There is a very real and explicit risk that an investor can lose all of his holdings, though by contrast, those holdings could compound enormously if the business is successful. High-risk, high-reward.

A softer game is played in the stock market, where the gains and losses are more measurable and the underlying companies more established. But this is still just another form of gambling, with market participants jockeying to get a competitive edge. Buy low, sell high.

Successful crowdfunding platforms like Kickstarter facilitate a simple feedback loop, making it as easy as possible for funders to find a business, finance it, and follow it until their prize-reward is delivered. 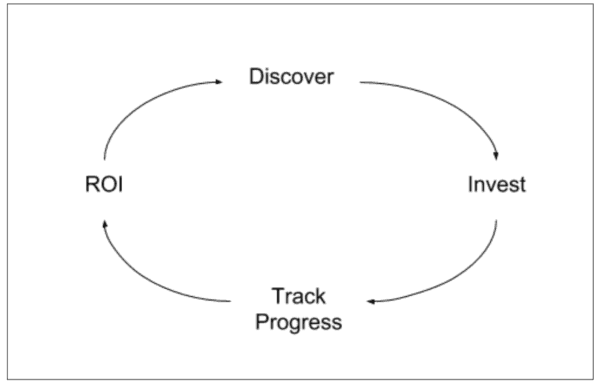 This feedback loop is not so different from what we see in most modern video games, where “discovery” is some objective, an “investment” is measured in terms of time commitment, and “ROI” is typically some incremental reward towards a bigger goal.

A simple quest from the MMORPG “World of Warcraft”

In games, this feedback loop is intentionally short – the rewards come quickly, there are many objectives to discover, and the penalty for abandoning an objective fluctuates. This encourages the player to discover more and invest more often.

Existing equity crowdfunding offerings fall short of this gamification in many respects. The feedback loop is too long for all but a few, very focused investor types. Holding equity is abstract, it means having your name on a legal document and a very minor, fractional influence over the business. This equity is usually non-transferable for years and only valuable in the event of a “liquidation event” where that equity becomes some transferrable asset with a cash value.

For millennials who grew up with the Internet as a part of life, who are suspicious of financial markets in the wake of the Great Recession: what is the value of equity?

A cryptocurrency is by its very nature transferable and it represents the same market valuation as a stock, but with significantly more potential (and of course, risk) when representing seed-stage ventures under active development.  The price of ETH has skyrocketed over 150,000% since its ICO price of $0.31 to $470 as of the time of this writing, making an investment in the AAPL IPO look like a joke.

No wonder speculators have flocked in to this space.

The Problems with ICOs

Today there are thousands of tokenized assets because Initial Coin Offerings are money-raising marketing machines. ICOs have been hijacked by the very people that digital money was expected to displace: wealthy insiders and the financial elite.

It’s well known that in the world of Venture Capital 9 of every 10 investments will “fail”. Nonetheless, VC firms must be vigilant to hit those targets, and they need to focus on massive, high-potential projects so that when one of them “succeeds”, it justifies and recoups the costs sunk into the other 9. Success is defined by an exit strategy: the ability to materialize company equity into cash when a startup sells to a larger company or holds a public offering.

A token sale is the ultimate liquidation event for VCs. As the first ones to fund the project, the firm gets a fat chunk of tokens, not equity, in exchange for seed capital, which immediately becomes an ICO marketing budget. These folks are well-connected to social media influencers and online exchanges. Together, they drive hype and FOMO through exclusive “pre-ICO” periods and raise millions during the official ICO sale. Tokens are soon after traded on secondary markets— which immediately creates their best chance of a profitable exit. 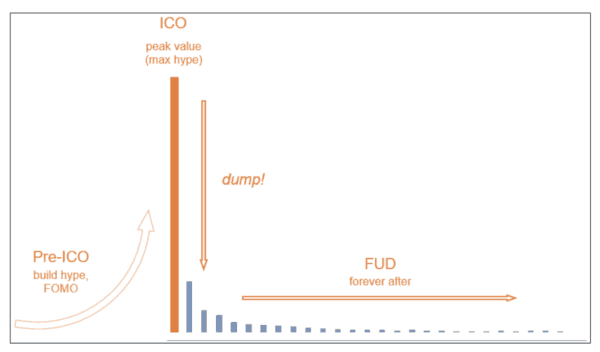 Why stay invested for years if you can exit profitably before a project is ever delivered?

95% of ICOs are in the idea or prototype stage. Blockchain projects rarely require the same vetting as a traditional startup, because an idea has value to a VC firm if it can launch a successful ICO. There is a dangerous gravity to the investor psychology in this space. The only thing better than making a boatload of money is thinking that you’re solving a really important problem at the same time. And in the world of crypto, selling the idea is much easier (and more profitable) than selling an actual product or service.

The truth is by the time average Joe invests at the ICO price, he’s already too late. The vast majority of teams that issue these shitcoins are going to fail, their valuations headed to 0.

A Promising Future: A Marketplace of Ideas

Cryptocurrencies have the potential to democratize investing, and regulators are paying close attention to ICOs. The financial elite will continue to test their limits, but ultimately ICOs are raising too much money while returning too little value to too many people to justify the business model – it’s simply not sustainable.

DAICOs offer a compelling alternative. In a DAICO, a seed investment is broken up into tranches which are tied to accountability milestones. Startups need capital to build their business, but investors need assurances that progress is being made and a project is on track, something they are not entitled to with today’s ICOs.

In a proper DAICO, a team that raises money will receive that capital over time as they reach milestones on their roadmap. At each milestone, the company updates their investor community on the status of the project. That status update is rated by investors, and if that rating falls below a certain threshold, the remainder of undistributed funds can be reclaimed by investors. 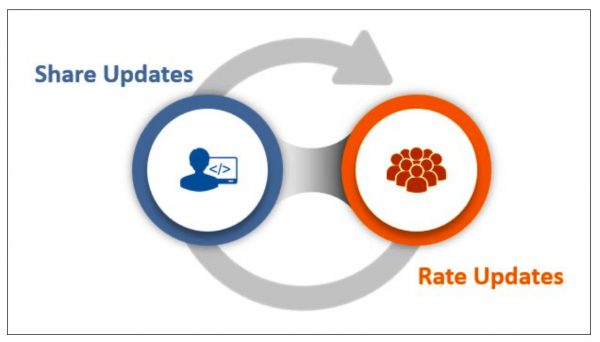 DAICOs foster a cycle of transparency and accountability

For example, let’s say a company raises $1M and they’re 2 milestones in to their 10-milestone roadmap. If on their most recent status update the community learns the team is spending money on luxury salaries and not hitting their goals, stakeholders can vote to shut down the project and claw back 80% of the funds originally invested.

This model still facilitates early-stage market valuations for private companies by funding them with transferrable, tokenized assets, and such valuations are more accurate and less speculative because of the required regular updates a company must post to earn each funding round. At the same time, it creates much needed investor protections without regulatory intervention. 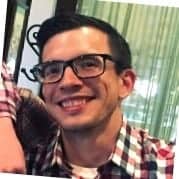 Vance Matrisciano is a former online games Producer, blockchain advocate, and the founder of MOI: Marketplace of Ideas – a decentralized crowdfunding platform that aims to replace the existing ICO model. Reach out to him with questions or feedback at [email protected]