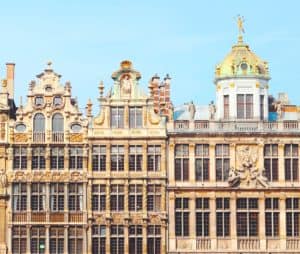 KPN Ventures and Medici Ventures took part in the firm’s latest funding, SettleMint’s management confirmed on January 28. Following the capital injection, the company is planning to expand its existing solutions and product offering in the Europe, the Middle East and Africa (EMEA) and Asia-Pacific (APAC) regions.

The firm’s recent investment round brings SettleMint’s total capital raised to €5.5 million (appr $6.06 million). The company says it aims to offer a scalable, low-code and infrastructure-agnostic enterprise distributed ledger technology (DLT) platform for the implementation of various business use cases and deployment.

SettleMint’s platform “solves problems for organizations deploying blockchain use cases, limiting the necessity to have inhouse blockchain expertise while significantly shortening the time to market,” according to Sjoerd Spanjer, investment director at KPN Ventures.

“We have nearly completed the integration of SettleMint APIs (CertiMint) in the KPN API Store, our first blockchain proposition that will make blockchain functionalities accessible to developers using our marketplace. We are currently evaluating several other areas of potential commercial cooperation between SettleMint and KPN.”

As mentioned on SettleMint’s official website,  the company aims to make it easier, faster, and more convenient for companies to develop various business solutions on almost any blockchain-based platform. The company claims that its solutions “drastically reduce the complexity of blockchain technology, making it easy and fast for you to turn a business concept into a working blockchain application.”