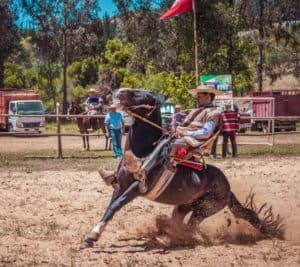 Chile’s Ministry of Finance recently revealed that it aims to streamline the development of its regulatory framework for Fintech and Open Banking.

Chile’s government will reportedly be working on a legal proposal for standardizing Open Banking. This should help with promoting competition and innovation in the nation’s financial services sector and it will also support new Fintech players.

Chile’s Treasury department will be working advisers Ana María Montoya and Rosario Celedón (who are experts in competition and financial regulation).

Montoya and Celedón (and other officials) will be comparing how Open Banking and Fintech regulations have been drafted by regulators in other countries so that they can develop or recommend guidelines that are appropriate for Chile’s financial sector. The researchers will look at how Fintech regulations have been developed in the UK, Europe, Australia, Brazil and Mexico (and in Latin America, in general).

Rosario Celedón is a legal expert from the University of Chile. She holds a Masters in Law (LL.M) degree from the University of Berkeley, California. She has served as Commissioner of the Commission for the Financial Market (CMF). She was in charge of the institutional integration process with SBIF, implementation of Basel III standards for banking.

Celedón also has experience working with Crowdfunding and Related Services in Chile. She previously served as the Capital Market Coordinator in the Ministry of Finance. She also worked as Chief of Staff of the Superintendency of Securities and Insurance.

Montoya is a partner and consultant on economic issues at Butelmann y consultores, and a researcher at the Faculty of Industrial Engineering of the University of Chile. She was previously the Chief Economist of the National Economic Prosecutor’s Office.

Open Banking should help individuals and companies with securely sharing their financial information with service providers so that they can access the best or most suitable banking platforms. With Open Banking support, companies should have access to a wider range of financial products.

Ignacio Briones, the Minister of Finance in Chile, stated:

“This is the natural step after financial portability. We want to [promote] more competition in the financial sector, promote the delivery of innovative financial services focused on the needs of customers, who will be able to have greater control of their financial information, and in this way better manage their finances, to lower costs and [access] better services.”