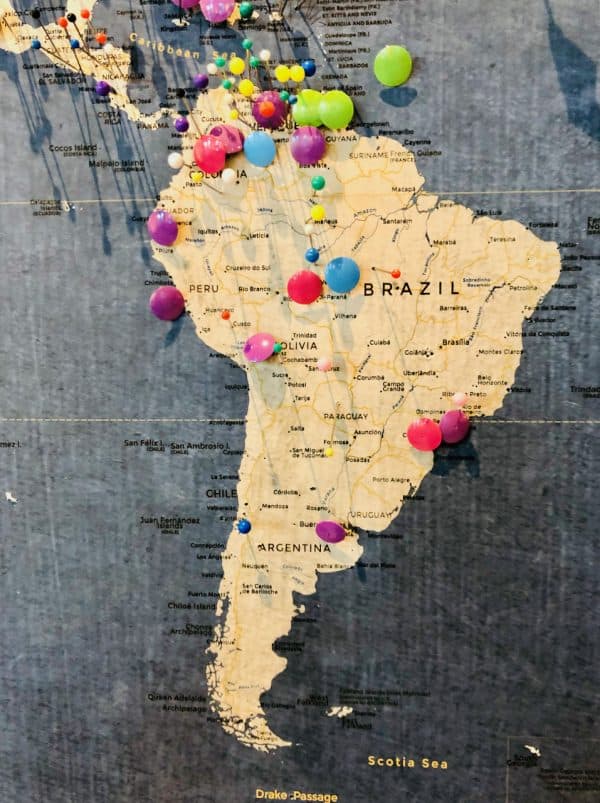 Although the COVID-19 pandemic is accelerating technology adoption across all industries in Latin America, the financial services sector is experiencing some of the fastest progress. The Fintech sector has been particularly resilient during the crisis over the past year, and its growth may even match or exceed the previous year’s record-setting funding.

A report by Finnovista and the Inter-American Development Bank (IADB) found more than 700 fintech startups in Latin America, over 50% of which were launched between 2014 and 2016. Today the number of fintechs in the region is in the thousands. As more and more solutions emerge to make financial services accessible and affordable for consumers and businesses in the region, the valuation of Latin America’s fintech sector will continue to break new records.

The Latam Fintech Report 2020 by KoreFusion, which analyzed 1,075 fintechs from Brazil, Mexico, Argentina, Colombia, and Chile, indicates increasing smartphone ownership, infrastructure development, e-commerce adoption, and dissatisfaction with banks have been key drivers for fintechs. Ninety-five percent of investments went towards fintechs in payments, lending, or digital banks. However, remittances and foreign exchange are areas in which Latin America still hasn’t reached its full potential. The report also showed a larger share of fintechs (58%) are reaching more mature growth stages. Meanwhile, 27% are still in the early stages, having launched less than five years ago.

Latin America’s fintech ecosystem is now in a unique position to bring products and services to market that help small- and medium-sized enterprises mitigate the pandemic’s impact on their businesses. B2B fintechs are launching new solutions at record speeds, and there several factors helping them succeed.

According to the World Bank, nearly 70% of Latin America now has Internet access, well above the 53% global average. Additionally, mobile device ownership has reached ubiquity in several Latin American countries. Over 70% of the population in the region is estimated to have a mobile phone. That translates to approximately 450 million mobile users, a number expected to reach 484 million by 2025.

Of these 450 million mobile users, nearly 80% are accessing the Internet via their mobile devices. Couple this connectivity with improved telecommunications infrastructure, and it’s never been easier for fintechs to introduce digital-first solutions to businesses across the region. 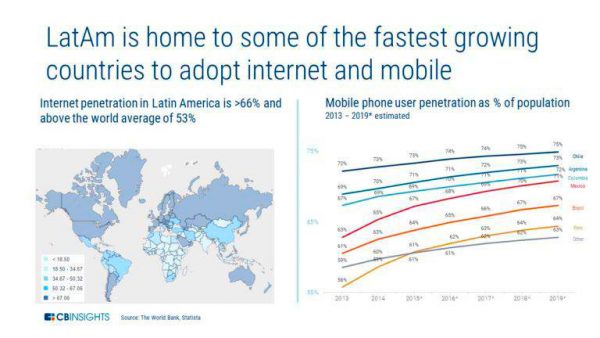 Growing Internet connectivity and high mobile adoption rates are paving the way for new, digital solutions that address the significant gaps in existing financial services, such as banking and payment systems. As a result, traditional financial organizations, such as banks, are realizing that they must expedite their digital transformations. Many are turning to B2B fintechs to upgrade their legacy technologies, either by partnering with or acquiring their new solutions, to avoid falling behind. Especially during the pandemic lockdowns, SMEs in Latin America need access to digital banking solutions and the ability to process digital payments.

There are six countries in Latin America with the highest concentration of fintechs: Brazil (33%), Mexico (23%), Colombia (13%), Argentina (10%), Chile (7%), and Peru (5%). Of these six countries, Mexico leads the way in terms of regulations for crowdfunding platforms, cryptocurrencies, and payment transactions. In 2018, Mexico introduced the Fintech Law, which provides a comprehensive framework for the sector, including open banking. 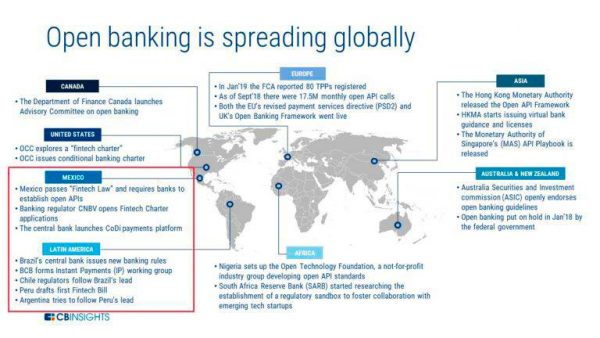 The rest of the countries in Latin America are in the process of implementing regulations, or they have only regulated some aspects. For example, Brazil now legislates crowdfunding and peer-to-peer lending. These fintech regulations will likely continue to gain steam across other parts of the region. After all, they can help lower the barriers to entry for new fintech players and solutions. For example, proper regulations can help fintechs accelerate the process of getting a lending license approved, or restrict the power of incumbent bank monopolies.

A boom in Fintech Investments

Over the past few years, Latin America’s fintech sector has expanded rapidly, and fintech investors have seized the moment. Fintech deals have been on the rise since 2013 and reached an all-time high in 2019. Investors poured over US$2 billion in a single Latin American fintech company in 2019. 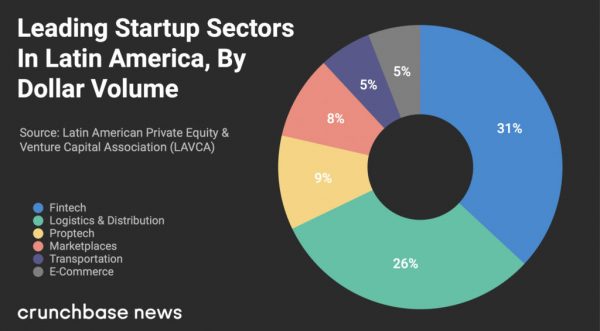 In the first half of 2020, the region’s Fintechs raised around US$ 525 million in debt and equity, according to data from Latam Fintech Hub. While this pace is below 2019’s record-breaking run rate, Fintech venture investors say they are still optimistic about fintech in Latin America in the long-term. 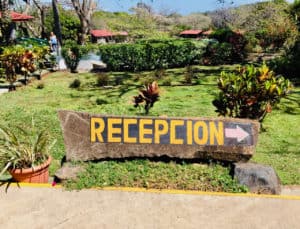 According to Jenny Johnston, who manages LatAm investments at Flourish Ventures, “The massive structural inequalities in Latin America have not gone away. If anything, they have been exacerbated by the crisis.” She adds, “There’s also been an acceleration of digital adoption. I don’t know if we’ll see high use of cash return. Those are opportunities that have been accelerated by the crisis.”

These opportunities include more B2B fintech solutions. “The first Fintech wave was for startups that serve consumers and SMEs – in the next wave, we’ll see more actors that offer infrastructure for others to build new financial services on top of,” says Rafa de la Guia, principal at Quona Capital.

Small businesses have been hit particularly hard with the COVID-19 pandemic, and the market for loans for small-to-medium-sized companies is still tremendously underserved.

With skyrocketing connectivity, a maturing regulatory landscape, and increased investments, the fintech sector in Latin America is showing strength against the repercussions of the COVID-19 crisis. From making it easier to accept online payments to facilitating loans for SMEs, B2B fintechs are well-positioned to survive and thrive during these challenging times. 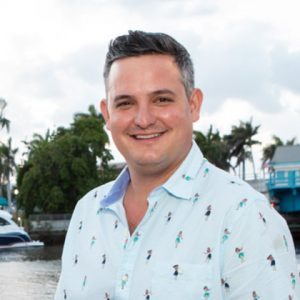 Geoffrey Michener, CEO and Founder of dataPlor, is an international business executive with over 10 years of experience solving complex problems in the big data, small business, and enterprise space. Follow him on Twitter.