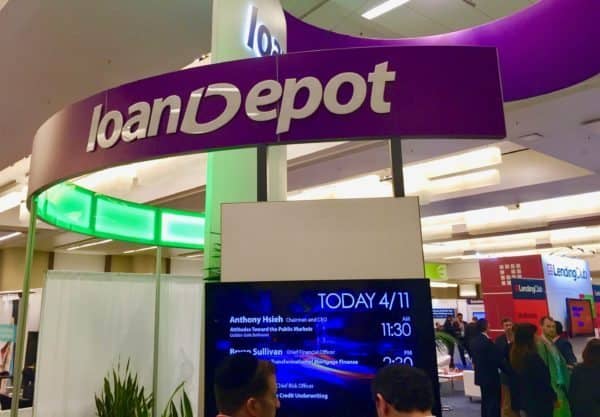 loanDepot lowered the price of its initial public offering (IPO) to $14 a share – far below its expected $21 a share float.

loanDepot said it has granted the underwriters a 30-day option to purchase up to an additional 577,500 shares of Class A common stock at the IPO price, less underwriting discounts, and commissions.

loanDepot is a leader in the online lending sector for mortgages that is currently booming. The S-1 filing indicated that loanDepot’s year over year originations have grown by 116% (for the nine months ended September 30, 2020). The lending has driven top-line revenue of $3.0 billion, or 227% year-over-year growth, and $1,465.9 million in net income.

Investors may have been cool on the IPO due to low-interest rates ignoring the fact that loanDepot makes a good amount of money in origination fees. Simultaneously, investors may be worried about a declining mortgage market as chatter regarding rising interest rates has picked up on the expectation of a COVID stimulus package that may be more than necessary.