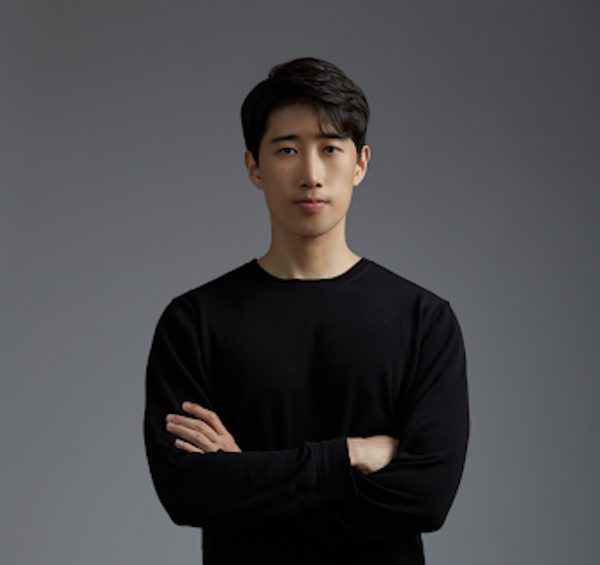 We recently connected with Markus Jun, the founder and CEO of ICON Hyperconnect Public Representative, a leading block validator for the ICON network with $20 million in total staked value, and Hyperconnector, an official accelerator partner of the ICON Foundation & ICX Station Seoul.

Markus was the former Head of Research at ICON’s first venture capital firm, Deblock, and an invited guest speaker at Samsung Electronics, where he spoke about ICON, cryptocurrencies, and blockchain technology. He is also an advisor for BlockArrow Capital.

Crowdfund Insider: What are your thoughts on the currently surging cryptocurrency market? What would you say has changed over the years since you first joined?

Markus Jun: The cryptocurrency market has been heating up. Interest and trading volumes have surpassed previous peaks. We’re seeing Bitcoin and several projects smash their all-time highs on a weekly basis. However, as someone who’s been investing in cryptocurrencies since 2016 and seen multiple cycles, even in the midst of this seemingly excessive elation, I have never been more confident in this industry. Prices may retrace and cool down, but the fundamentals are rock solid and crypto has announced itself as a challenger to traditional finance.

In 2017, at the absolute peak of the market, although prices were at their highest ever, I knew that the euphoria was unsustainable. We had too many ICOs with empty promises and baseless token economics launch just for the sake of fundraising and it was a question of when, not if the market would crash.

However today things are completely different. We have real decentralized use cases and the technology has evolved tremendously. Since I’ll be going over ICON later, I’ll first dive into the other general developments in the industry.

We have advancements such as Uniswap, essentially a decentralized exchange built completely on Ethereum rivaling trading volumes of centralized exchanges, something completely unthinkable in 2017. Such automated market makers have resulted in massive revenue and value for its token holders.

We have revenue-generating vaults/smart contracts in which you can stake crypto that operate complex yield earning strategies, which then distribute revenue evenly to token holders via fair launches by projects such as Yearn Finance and Badger DAO.

We have projects such as Synthethix and Mirror Protocol that are bringing financial securities trading to the blockchain. Imagine being able to click “Connect to Wallet” on a website and begin trading the S&P 500, KOSPI, FTSE 100 without a KYC check or registration on a single borderless platform with zero downtime, 24/7. When you understand that financial securities that can be wrapped (tokenized) entail much more than just stocks, you realize how infinitely large the synthetic assets space (a branch of DeFi) can grow.

Interoperability protocols such as ICON, Polkadot, Cosmos, will not only be hosting their own native applications but significantly amplify the value and reach of applications across all blockchain platforms as users will be provided the freedom to swap and access protocols based on their needs.

Many of these developments are already in motion, but mass adoption is yet to arrive. The biggest difference is that in 2021, unlike 2017, we are ready. The use cases are real, decentralized and revenue-generating. There’s no doubt in my mind that crypto will massively disrupt traditional systems, and we are still so early in the game.

Crowdfund Insider: The ICON network value has grown extremely rapidly, recently surpassing $1 billion in market capitalization. What are your main areas of focus this year in the ICON ecosystem?

Markus Jun: There are many aspects of the ICON ecosystem that we are focused on. There are too many for me to highlight them all, but the biggest focus in the coming months would be the launch of ICON 2.0, the Contribution Proposal System, and a host of decentralized finance applications.

Let’s start with ICON 2.0. In layman’s terms, it’s a complete redesign/upgrade of ICON’s core blockchain engine rewritten in the Go Programming Language. This overhaul of the core software architecture results in a much faster, more secure and efficient ICON network with several additional features including interoperability (between different blockchain networks such as Ethereum), additional decentralization, and friendlier developer environments.

In short, it’s a complete upgrade/rehaul of the network that brings radical speed, security, usability, and scalability.

Some of ICONLOOP’s enterprise clients such as the Seoul Government are preparing to use it and ICON 2.0 plans to launch in 2021 July. Some of its features such as its consensus algorithm LFT2 has already been audited and hailed as an industry innovation by top research teams in reputable universities such as KAIST university.

The Contribution Proposal System (CPS) is another huge development that’s launching in the coming weeks. It is essentially a decentralized super fund of ICON (ICX) worth millions of USD which will continually be refinanced by block rewards, funding the best projects and teams that build on the ICON network.

This fund will be used to finance new ICON projects, accelerating growth. The key point regarding the CPS is that it operates on-chain, and is completely decentralized as the top 22 Public Representatives (block validators) control the allocation of funds by voting on projects that may receive funding. Any team in the world with a solid business plan and enough votes will be free to apply and secure funding.

Finally we have a suite of decentralized finance (DeFi) applications launching on ICON in the coming months. There are several projects that are about to launch including Balanced, Open Money Market, Optimus, and more. These projects have been building steadily, testing and auditing their smart contracts for several months.

Balanced by ICX Station can be considered similar to Maker DAO that brings decentralized stablecoins to the ICON network and an automated market maker which will significantly open up possibilities for more tokens on the ICON network, as listing of tokens (and liquidity) have always been tricky for protocols that aren’t Ethereum.

Open Money Market, also run by ICX Station will open up the possibility of decentralized lending and borrowing to ICON, allowing users to earn interest, similar to Compound of Ethereum.

Optimus is a yield aggregator by ICON DAO that seeks the best interest rate between investment pools and automatically switches user funds to maximize profitability.

There are several more projects, but these can be considered the foundations of DeFi and will likely open up for a new wave of DeFi protocols in the future via composability and open sourced smart contracts.

This, in conjunction with the launch of ICON 2.0’s interoperability is especially powerful as it enables cross chain defi applications with disparate blockchains such as Ethereum (currently hosting the majority of defi applications) which brings significant potential utility. As someone who is convinced decentralized finance is going to massively disrupt traditional finance, I find this particularly exciting.

Crowdfund Insider: South Korea has one of the world’s largest economies. The Asian country is also home to one of the largest global cryptocurrency communities and users. How have digital assets and blockchain been used in South Korea? 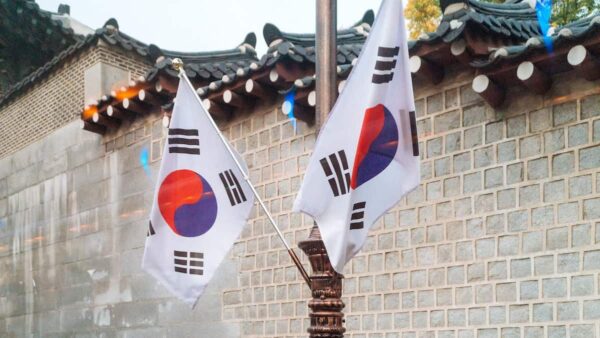 Markus Jun: There are several initiatives that ICON is running but let’s focus on a field that is at the core of every interaction we have: identity. One of the ICON ecosystem’s flagship projects is the MyID Alliance, operated by ICON’s main technical partner, ICONLOOP.

Currently, ICONLOOP’s MyID is the only decentralized identity consortium in Korea to be approved by the Korean Financial Securities Commission (the Korean equivalent of the U.S. Securities and Exchange Commission) and in 2021 January, MyID received an approval extension for another 2 years. Since the abolishment of Korea’s Accredited Certification in May of 2020, the media has been touting a blockchain-based decentralized identity solution as a strong contender to replace it.

The MyID Alliance is an alliance of partners (companies) that have pledged to utilize ICONLOOP’s decentralized ID tech stack. Members of this alliance include Samsung, Shinhan Bank (Korea’s largest bank), Bithumb, and 80+ several industry leaders across various fields.

Shinhan Bank made a big splash in August 2020 when they announced that ICONLOOP’s MyID tech stack would be used in their main Shinhan Bank app, SOL, for logins and OTPs and that all of their subsidiaries including Shinhan Card, Shinhan Insurance, Jeju Bank, etc. would also soon integrate MyID.

ICONLOOP’s MyID utilizes the ICON public blockchain and ICX by creating a network transaction every time someone registers their ID through a creation of a verifiable credential on the network. It should be noted that Shinhan Bank is one member of the MyID alliance and several other members, including the rest of Korea’s largest banks (Nonghyub, IBK, etc.) are looking to integrate MyID.

This is just one of the ways that blockchain technology is being and will be integrated into everyday lives in Korea without most of us even realizing it.

Crowdfund Insider: Do you believe it’s important for crypto startups to collaborate on projects with traditional corporations and government entities? What type of development is currently going on in South Korea with regards to these?

Markus Jun: I do, and believe it’s critical to do so. The end goal of crypto should be mass adoption and the most frictionless path to mass adoption is collaboration with traditional entities that already have large existing user bases. One of ICON’s greatest strengths has always been its extensive network of enterprise partners and government entities such as the Seoul Government, as ICONLOOP has provided custom private blockchain solutions for several years now.

Recently though, there has been a surge in demand for public blockchain integration among these clients, and we’ve begun seeing these materialize (as described above regarding the MyID usage by Shinhan Bank). With ICON’s interoperability features enabling communication not only between disparate public blockchains but also between private blockchains, ICON 2.0 will open up more of these use cases.

In addition to private chain network effects spilling over to the public chain, ICON has also had several partnerships directly with regards to its public chain with major companies such as LINE, Saramin, Danal, and more.

We’ve also had government entities pushing to adopt public blockchain solutions with the Jeju Government making it mandatory for all visitors of Jeju Island to use MyID for contract tracing of COVID-19. ICONLOOP is currently in talks with other local governments regarding deployment.

I also believe that the recent news of Elon Musk purchasing Bitcoin, not personally, but through his flagship company, Tesla, will create a chain reaction where it’s a matter of time before CFOs of several major corporations will (at the very least) explore the idea seriously. Musk’s influence is international, and I expect to see even Korean companies following in his footsteps.

An interesting development that we recently had was that of Danal, the largest mobile payments processor company in Korea with over $5 billion in market share, announcing that they would support Bitcoin payments to their 60,000+ merchants. Interestingly, Danal is an ICON public representative and block producer and has also announced integration of ICON and Ethereum as a payment option in addition to Bitcoin.