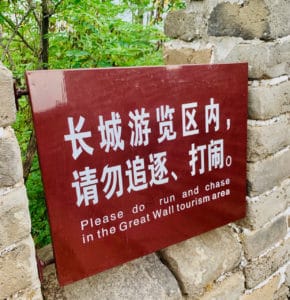 Authorities in China have reportedly told 13 of the nation’s largest tech firms to “rectify prominent problems” on their platforms, according to a recent report.

These developments appear to be a sign that China continues to increase its regulatory scrutiny and pressure of its Fintech industry. The country’s regulators seem to be going beyond billionaire Jack Ma’s Ant Group, the FT reported.

ByteDance, Tencent, and also the Fintech-focused divisions of Baidu, JD.com, Meituan and Didi have all reportedly been called into meetings with People’s Bank of China (PBoC) officials. Other Chinese banking and securities regulators are also addressing the matter, local news agency Xinhua revealed. Ant Group, which has been instructed to restructure its operations, was not asked to take part in these recent meetings.

Although Chinese regulators have acknowledged some of the postive developments of the nation’s Fintech ecosystem, they’ve also expressed concerns regarding the alleged anti-competitive practices and the potential harm to local consumers.

Chinese authorities have asked these Fintech services providers to increase their capital so they can  cover as much as 30% of the oustanding loans they provide with assistance from banks. These are the same requirements that the Ant Group had been asked to follow.

These updated rules were consistent with regulatory guidelines provided for the larger Chinese Fintech industry. Local experts have cautioned that these new requirements might lead to a considerable increase in financing costs for bigger Fintechs and also result in the industry being reduced in size (bad for the economy).

However, analysts have also pointed out that certain smaller companies might be able to take advantage of better opportunities or chances to expand their business. The “improper links” between payment service providers (PSPs) and various other financial services need to be broken up, Chinese regulators stated.

This reportedy includes not permitting PSPs to support loans in an aggressive manner, a move that might eliminate key advertising options for the firms being targeted. Chinese authorties have also demanded greater transparency regarding monetary transactions.

Unlike the State-backed banking industry, China’s mobile payment service providers like WeChat Pay (owned by Tencent and is Ant’s largest competitor), do not share nearly as much transaction details with the nation’s government.

Firms are also required to submit applications for acquiring personal credit reporting licenses in an attempt to break the monopoly on financial and customer data. As reported by the FT, there are only two government-managed agencies in China that carry these types of permits, and it’s also not clear whether the government’s requirements will be for private firms (to provide licenses).

The Chinese regulators have also asked that Fintechs enhance their financial risk management controls when issuing loans and offering investments.