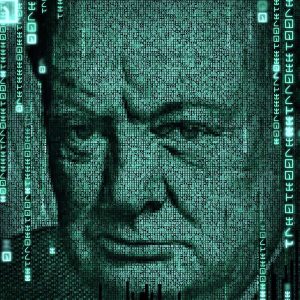 In a speech delivered at the Future of Fintech Conference, Tom Mutton – Director responsible for Central Bank Digital Currency at the Bank of England, provided an update on the progress of central bank-issued digital currency.

According to Mutton, CBDCs are viewed by the bank as “supporting future payment needs in a more digital economy, through to acting a possible building block for better cross border payments.”

So what is “unique” about a digital pound or Britcoin? Beyond being issued by the central bank, confidence in the digital coin that is stable and quickly convertible to physical cash is key. Additionally, by providing a digital pound public officials may be able to support wider public policy objectives – including financial inclusion.

“Clearly, central bank money plays an important role; and even as transactional use of cash has declined, the public report that they still value their access to it. Therefore it is only right that we consider the case for providing central bank money, to the general public in digital, as well as physical form.”

Referencing a recent discussion paper that received responses from the public, Mutton notes that what is clear is that the pros and cons must be studied to a profound degree. Some themes highlighted include:

As was previously reported, the Bank of England and HM Treasury are part of a task force created to explore the concept of a CBDC.

While some have worried that the UK is falling behind in this aspect of  Fintech innovation, Mutton said that the UK is the clear thought leader on the concept of a CBDC.

China is already testing a digital yuan but concerns have regularly been mentioned that a Chinese CBDC may not adhere to strict privacy demands.

The principles outlined by Mutton regarding a digital pound, include: