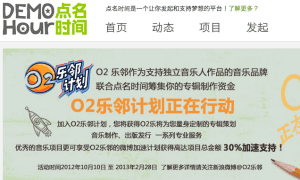 The biggest crowdfunded project in China has drawn 5,533 donors and raised more than $200,000 to support an online cartoon series called “A Hundred Thousand Bad Jokes” on China’s first crowdfunding site, DemoHour. This is paltry sum compared to crowdfunding projects in the US, which have reached upwards of $10 million—but that is about to change.

By 2025, crowdfunding in China could explode to $46 -$50 billion—about half the amount expected to be channeled to startups and businesses throughout the world, according to a new World Bank report (pdf). Globally, crowdfunding investment could reach $96 billion in the next 12 years, or almost twice as much as venture capitalists invested worldwide last year.

These estimates are based on factors that enable a “crowdfunding ecosystem” with social media penetration being the single most important predictor. Internet usage and lots of early stage entrepreneurial activity are other important indicators.