The concept of crowdfunding is a fairly new approach to financing a business or project.  With the signing of the JOBS Act of 2012 by President Barack Obama, crowdfunding was formally legalized for businesses looking to raise capital up to $1,000,000 to finance their company.  Even as the Securities and Exchange Commission deliberates on how to regulate this innovative approach for supporting entrepreneurs – the excitement from small businesses across the nation has continued to grow.

Last year the trail blazing Ruth Hedges, Creator and Producer of the Crowdfunding Convention and Bootcamp, organized a seminal gathering which included an impressive roster of leaders in the growing crowdfunding movement.

Following the successful event the accolades poured in from participants.  This year the convention will be even bigger and better.  A new addition for 2013 is the first annual Crowdfundie Awards honoring excellence in crowdfunding.  Voting is ongoing now (you may vote here) with the winners being honored on Tuesday night during the convention.

Considered a must attend event from all corners of the entrepreneurial world, the gathering will include

venture capitalists, politicians, portal operators and potential crowdfunding businesses.  The list of speakers is an impressive line-up of advocates and opinion makers from around the globe. 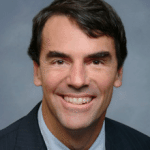 The keynote addresses currently include speeches by crowdfunding champion Congressman Patrick McHenry, Founder of Draper Fisher Jurvetson Timothy C. Draper, and Jay Abraham, Founder and CEO of The Abraham Group.  The rest of the presenters represent a who’s who in the world of crowdfunding.

While crowdfunding was legalized with the signing of the JOBS Act, the Securities and Exchange Commission continues to work on final regulations which are expected to be released this fall.  Attending the Crowdfunding Convention will provide all of the analysis and tools to navigate and manage the crowdfunding environment.

There will be a special interview with Susan MacLaury who was the Executive Producer of the Oscar Winning Film Inocente which one the award for best documentary.

Participants in the conference will have the opportunity to meet the film team from “Kickstarted” the movie and may be able to get a cameo in the forthcoming film.

There will also be a “Funding Portal Pavillion Expo and Lounge” which will allow industry participants to socialize and enjoy some of the Vegas excitement.

These are just some of the topics to be addressed:

The full list of topics may be viewed here.

If you are interested in participating in this event you may register today.