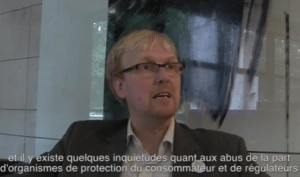 Oliver Gajda, a Co-Founder and President of the European Crowdfunding Network (ECN) was interviewed earlier this month by Good Morning Crowdfunding.  Gajda has been a tireless champion of crowdfunding in Europe.  He believes that crowdfunding is an innovative form of capital formation, job creation and a potential economic boost for the European markets.  He makes the point that crowdfunding in Europe has raised € 1 Billion in Europe which is already on par with early stage venture investing.  He advocates transparency as the best approach in dealing with regulatory concerns and consumer protection.

In English with French subtitles.

Video interview is below: